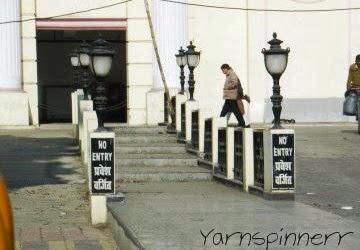 It was eight in the morning. These people were crazy, thought Akim the guest scientist as he walked along with Nora his wife. Here was a top-notch secret nuclear research laboratory and there were no security guards. Just painted words to tell the world that it was a no-entry zone. Maybe they wanted to give no clue that the building was a top nuclear research center.
Perhaps they felt simplicity was the essence of security. Well, the last few days had been hectic. But Akim and Nora had fooled them all. No one had suspected them of being spies. They had laid their hands on the papers they wanted and passed it on to Jacko their contact in the embassy.
Suddenly Jacko stepped out of the entrance. At the same time, five policemen armed with revolvers covered them.
With a wicked grin on his face Jacko said, ‘Akim and Nora, you are arrested and charged with spying and stealing documents from our country. Anything you say may be used against you…’
‘But Jacko,’ stammered Akim…
Word Count: 175
Author’s Note: Written in response to the photo prompt provided by Yarnspinner for FFFAW hosted by Priceless Joy.
JaiAugust 22, 2018May 9, 2019

12 Thoughts to “The No-Entry Zone”