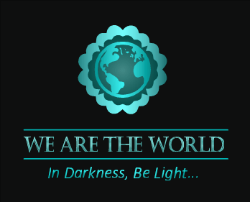 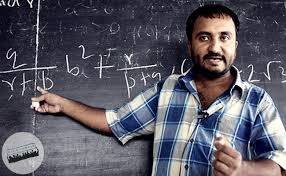 Thirty-four years back, in 1984, I cleared the prestigious Indian Institute of Technology-Joint Entrance Examination with a rather low rank of 1782. Those days only two thousand candidates where selected in IIT-JEE unlike the 10,000 who get selected nowadays. There were only five IITs in the country. Securing a rank in IIT-JEE meant you could get admission for an engineering degree in any one of the five IITs or the Institute of Technology, Banaras Hindu University referred to as IT-BHU. This institute acquired IIT status only recently in 2014 and became IIT-BHU from IT-BHU.
Though I found that the intellectual level and caliber of students in IT-BHU was pretty high, the missing “I” in IT-BHU ensured that the students from the other IITs looked down upon us with some degree of contempt.

Let us now come to the present. The selection of students for admission to the IITs is now conducted through two examinations. First, A student has to get through the JEE-Mains, which is conducted as a screening test by the CBSE. The students who get through JEE-Mains have to successfully clear another examination called JEE-Advanced, conducted by the IITs. There are sixteen IITs in the country now. Opening IITs like fish markets in every corner of the country has brought down the general standard of the IITs. In addition, I am hearing crazy things like the plates of vegetarian and non-vegetarian students being segregated in IIT canteens and numerous other stories which make my blood boil.

The IIT-JEE is still as tough an examination today, as it was in my days. If you get through this exam it is like getting a certification of your high intellectual caliber. Of course, I have my own opinion of what it truly certifies, but that is besides the point and not relevant to this post. The point I am getting at is, there is an unassuming man named Anand Kumar from Patna, who is taking some steps to ensure that the poor and impoverished children of the country who do not have much exposure, also get a chance to study in the coveted institutes.

In 2002, Anand Kumar set up what he called the Super-30 wherein he chose 30 students from the economically weaker sections of the society and provided them with boarding and lodging and coached them for the IIT-JEE. In the first year as many as 18 out of the 30 students he coached got through the prestigious examination and secured admission in the IITs.

The process of selection to the Super-30 involves a number of factors. There is a written examination and the economic status of the student is also taken into account. Generally children from the lower economic strata who do not have sufficient exposure, but are full of potential are given a chance. In 2004, 22 out of 30 students of the super-30 qualified in the IIT-JEE. In subsequent years, several times all the 30 students of Super-30 coached by Anand got through the exam. The students coached by Anand are generally those who come from poor schools where the standard of education is not very high.

I will give you some background information about Anand himself. He was born in Patna, Bihar to a poor clerk. He studied in a Hindi medium government school where he developed a deep interest in Mathematics. During graduation, Anand submitted several papers on the number theory which were published in the Mathematical Spectrum and the Mathematical Gazette.

Anand secured admission in Cambridge University but could not join because of his poor financial condition. In 2000, Anand was approached by a student who was poor and could not afford the costly coaching classes for IIT-JEE. Anand was moved by the student’s plight and it made him came up with an idea for coaching students. This idea has grown today to be the internationally renowned Super-30. Given below are the links to the Wikipedia articles on Super-30 and Anand Kumar.

Read About Anand Kumar
I think it is a great initiative by a man who has himself faced so many obstacles and has lost many an opportunity. People like Anand Kumar are a very rare breed who have the heart and will to strive for those who do not get the opportunity and exposure to climb to the great heights they are capable of. May his tribe live long! Long live Super-30!
JaiJanuary 26, 2018May 8, 2021