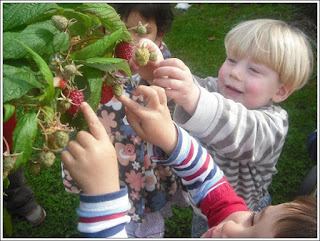 I have come across so many parents bemoaning the fact that their children dislike visiting places of worship. It is often taken to be a sign of moral decrepitude if a child openly refuses to enter a temple or a church. Even among adults the refusal to visit temples or churches is often mistaken for arrogance by the orthodox people of the society.

An oft repeated quote when children refuse to accompany adults to a temple is “Be afraid of god at least !” Is it so necessary to be afraid of an unknown power that not only do we have to visit temples regularly to keep it in good humor, but also have to instill this habit in our innocent offspring?

My father is an intensely religious man. During my childhood days our family used to visit temples on a regular basis. My parents belong to the older generation and those days ideas like free thinking were not so popular. We were not encouraged to question what we were taught. As far as our parents beliefs were concerned we would not even dare to discuss it with them.

Both my sister and I were encouraged to believe in conservative ideas. It was only after we entered college that we began to think independently. My sister went to the Madras Medical College and I went to IIT. In IIT I was exposed to a lot of liberal thoughts and ideas. I read quiet a bit of western philosophy, and was exposed to values that I was hitherto unfamiliar with.

When I was in IIT it occurred to me that my relationship with god was my own personal affair and I do not have to adhere to accepted social norms. My father had performed my thread ceremony (in south India it is called poonal) when I was in my ninth grade and he used to insist that I do the regular morning and evening poojas which I somehow managed to dodge till my twelfth grade .

In IIT students were more open minded and had a certain flair for original thinking in every walk of life. My personality as an English speaking liberal is entirely because of my exposure to IIT.

Oh, I am rambling on about myself and seem to be digressing from the topic.

Let us get back to children and their dislike of places of worship. There is absolutely nothing wrong if your child refuses to enter a temple or a church. They are in that phase of life when their minds are free of pollution and they see things as they really are without any bias. It is better to leave children to play freely and pick black berries from the hedge, than to set about conditioning their minds as per our beliefs and norms.

It has been found that children who are encouraged to develop independently are more innovative and tend to be happier adults. I am not saying that you should not mould your child at all. All I am saying is, give your child the opportunity to question things. If he or she is not convinced by your answers and has contradictory beliefs, do not try to prove you are right and he or she is wrong.

As far as visiting places of worship is concerned, let children be. If they question god, explain to the best of your abilities. But do not force your beliefs on them. It has been said that a healthy mind is always skeptical. There is nothing wrong in questioning god. So the next time your child scowls and says “No I won’t come” when you ask him or her to visit the temple with you, just let them have their way.