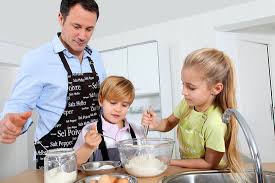 It is often said that behind every successful man there is a woman. Men who have risen to the pinnacle of fame and success have given credit to their wives, mothers, sisters and the umpteen other women who have played a role in their lives. But is the reverse true? There are several highly successful women in this world. Do the men in the lives of these women play a role in their success?

Let us examine the lives of a few very successful women just to see if men indeed play a role in their success. I would like to begin with Marie Curie the two time Nobel laureate. Her husband was Pierre Curie. He himself was a physicist. Marie was his student. He recognized her brilliance in science and fell in love with her.

She initially refused his proposal but later agreed to marry him. They were joint winners of the Nobel prize in 1903. Marie also won the Nobel prize in Chemistry in 1911. Pierre played a very crucial role in Marie’s success as a scientist. Pierre died of an accident in 1906 and it is said that Marie was devastated by his death.

Ayn Rand was a brilliant philosopher. Her philosophy of Objectivism was very popular when it was made known to the world through her famous book “The Atlas Shrugged”. Her husband was Frank O’ Connor. He does not have any claim to fame other than being the husband of Ayn Rand. People who knew them say that they were devoted to each other and he was her strength in good and bad times.

When Ayn Rand was asked about the best thing she had ever done in her life she replied “Marrying Frank O’ Connor”. They were both fond of poetry. He always used to encourage her and Rand used to say that he was the fuel that kept her going in life.

The third lady I am going to discuss is the former British prime minister Margaret Thatcher. Her husband was Denis Thatcher. She married him after his divorce with his first wife. Margaret often acknowledged his support and also wrote that she would not have survived 11 years as prime minister without his strong support. And finally it was Denis who advised her to resign as prime minister when he was shrewd enough to realize that if she did not, she would probably be forced out.

Even in our country where the society is so patriarchal there are several shining examples of men who have been a source of strength to their wives and encourage them to pursue a career. All top business women like Chanda Kochchar, the chairman and managing director of ICICI, Naina Lal Kidwai, the former group head of HSBC India, Kiran Mazumdar Shaw, the chairman of Biocon have all acknowledged the roles played by their husbands in their success.

For women, with the added responsibility of child birth and the various other roles they have to play, it is very important that their spouses be supportive if they are to be successful in their careers. A man has to be rock solid in his support as women face more obstacles in their career paths than men. Whether we like it are not world over men are chauvinistic and mainly so in India. In fact my mother who has worked in a managerial position often used to say that men simply feel angry at having to take orders from a woman. To handle such hiccups it helps a career woman a great deal if their husbands and in-laws are supportive.

My father has always been a pillar of strength for my mother and used to help her in everything from washing clothes to cooking food. Nowadays there is talk of stay-at-home dads. Several of my friends are of the opinion that it is only a man without self respect who would allow his wife to be the bread winner. I just do not see the point behind this argument.

There is absolutely no harm in a woman being the earning member of the family if she is more suited for the role. A man can always stay at home and take care of the children. There is nothing demeaning in this. It is the stereotyping of the roles that men and women have to play in a family that causes all the confusion and problems.

It is heart warming to see that women are now taking their rightful place in society. India had a woman prime minister for almost a decade. Today our defense minister is a woman. Let us hope we will soon see a society where men and women are on par in getting opportunities for education and employment.