Skip to content
Entertainment
The Musical Melodies I Grew Up On… 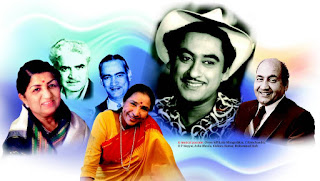 Of these, I remember the songs from MGR’s movies were particularly melodious. That was the era of some of the best music directors of Tamil cinema like MS Viswanathan, Ramamurthy and singers like TM Soundararajan, P.Susheela and S.Janaki. Those days it was melody that reigned supreme.

It is said that MGR always made sure that the music in his movies was par excellence. Other than film music I was exposed to Karnatic music at home as my mother was a very keen Karnatic music buff and learned music from my aunt who was a karnatic music singer and a player of Veena. I remember humming some Karnatic songs myself as a kid. In 1975 we joined my father in New Delhi and then began my exposure to Hindi music. 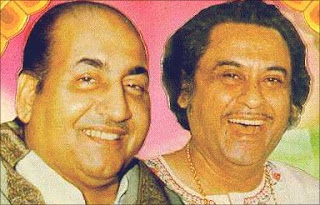 Sadhna’s films also promised a bevy of melodious tunes. To this day I remember the first time I heard the song “Tera mera pyar amar” filmed on Sadhana and the dashing, flamboyant Dev Anand. Among music directors Shankar Jaikishan was my favorite. I liked Lakshmikant Pyarelal too. Then my uncle took me to watch the movie Sholay in 1975 when I was in the fifth grade and I remember rocking to the beat of the song “Mehbooba, mehbooba” sung by R.D.Burman fondly known as Pancham. 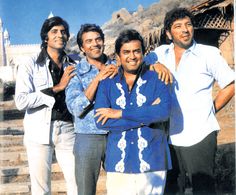 I still remember watching that song in the movie hall for the first time. It was filmed on the cabaret queen of Hindi cinema Helen, the supreme villain Amjad Khan (Gabbar singh in the movie) and the heroes Veeru and Jai who were portrayed by the he-men of those times, Dharmendra and Amitabh Bachchan.

The movie Veer Zaara had a brilliant music score. I was thrilled to hear Lata Mangeshkar sing in a movie in modern times to Madan Mohan’s lilting tunes.

2 Thoughts to “The musical melodies I grew up on….”