Book Review: The Girl on The Train By Paula Hawkins – #MyFriendAlexa

Title: The Girl on The Train

Link for Purchase: The Girl on The Train

Synopsis: EVERY DAY THE SAME Rachel takes the same commuter train every morning and night. Every day she rattles down the track, flashes past a stretch of cosy suburban homes, and stops at the signal that allows her to daily watch the same couple breakfasting on their deck. She’s even started to feel like she knows them. Jess and Jason, she calls them. Their life—as she sees it—is perfect. Not unlike the life she recently lost. UNTIL TODAY And then she sees something shocking. It’s only a minute until the train moves on, but it’s enough. Now everything’s changed. Unable to keep it to herself, Rachel goes to the police. But is she really as unreliable as they say? Soon she is deeply entangled not only in the investigation but in the lives of everyone involved. Has she done more harm than good?

Pros: The best way to describe this book is: slow-moving but chilling. The book proceeds in the form of narratives in the first person by three principal characters: Rachel, Anna and Megan. Rachel is an alcoholic who has lost her husband to another woman. She travels every morning by the same train on the way to work. Rachel has frequent blackouts. One morning, while travelling by the train Rachel witnesses something that makes her go to the police. Megan disappears suddenly and suspicion falls on several people including Rachel. Rachel realizes that to get to the truth she has to shake off the blackout that envelopes her brain every time she tries to remember what happened on a certain fateful evening.

The narratives by the three principal characters compete with each other in inducing a sense of creepy terror. The author does not make an attempt to induce terror openly but instead, she introduces a sense of doom and foreboding as we read on. This leaves the reader frightened in a subtle sort of way. The book is very different from the usual kind of whodunit. All the characters in the book are really colorful.

Cons: The book is unlike any other thriller I have read. Usually, when books are written in the first person the narrative is by just one principal character. This book is written in the form of narratives by three different people. In addition, the book also switches between the past and the present. This left me feeling confused while reading certain portions of the book. It left me with the onerous task of keeping track of the various events carefully.

Conclusion: I would definitely recommend this book for people who like slow creepy thrillers that grow on a person. 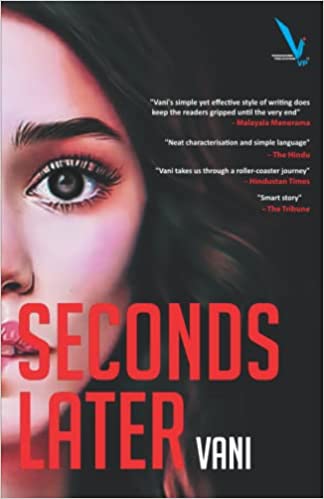