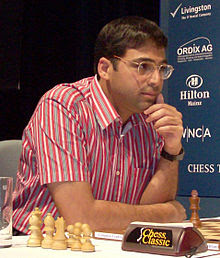 Image Courtesy: Wikepedia.org
As I mentioned in my theme reveal post for the A to Z 2019 challenge, I am planning to regale my readers with stories of great achievers in the field of sports. I considered several people whose names began with the letter A for this post. Being a cricket lover, the first name that popped into my mind was Adam Gilchrist, the Australian wicket-keeper batsman who is a very well known cricketing personality. I also considered Cassius Clay aka Muhammed Ali the world-renowned boxer, whose life story is also equally inspiring.
But after a lot of pondering, I decided I would begin this innings of A to Z with an article on the world famous Chess grandmaster from my own native state of Tamil Nadu, Viswanathan Anand. Anand is three years younger to me having been born in the year 1969 in the town of Mayiladuthurai in Tamil Nadu. His parents are Krishnamurthy Viswanathan, a retired manager of Southern Railways and Sushila, a homemaker, socialite and keen player of chess.
Anand is the youngest of three children. He has an elder brother Shivakumar who is a manager in Crompton Greeves and an elder sister who is a professor in the United States. Anand learned the rudiments of chess from his mother Sushila at the age of six. At this point in time, Anand’s family was living in Manila, Philippines. Anand was schooled in the Don Bosco Matriculation Higher Secondary School and holds a bachelor’s degree in commerce from the Loyola College, Chennai. Anand was considered an average student academically.
The first signs of his prodigious talent in chess came when Anand was fourteen years old. He won the National Sub-Junior Chess Championship with a score of 9/9 in 1983 followed by the Asian Junior Chess Championship in Coimbatore a year later. Again, in the same city of Coimbatore Anand won the Shakti Finance International Chess Tournament in 1988 and became India’s first Chess Grandmaster.
Gary Kasparov introduced a form of chess known as Advanced Chess in 1998 where a player is allowed to consult a computer to aid them in certain aspects of their moves. Anand won three advanced chess tournaments in a row in Leon, Spain. Anand is recognised as the world’s best player of Advanced Chess. Anand’s first victory in the FIDE world chess championships came in the year 2000 when he defeated Alexei Shirov in the finals. Anand thus became the first Indian to win the FIDE world chess championship.
In the year 2006, he became the fourth player in history and the first Indian to cross the 2800 mark in Elo chess ratings. He again won the title in 2007 and became the undisputed world champion. Anand continued his winning streak and successfully defended his title in 2010 and 2012. It was at this juncture that Anand’s long reign as the undisputed champion ended when he lost the title to the brilliant youngster Magnus Carlson in 2013. The championship was played in Chennai.
Much earlier in October 2003, a new kind of chess championship known as the Rapid Chess tournament was organised by FIDE, the governing body of chess. In this tournament, each player was given twenty-five minutes at the start of the game with an additional ten seconds after each move. This tournament was conducted in Cap d’ Agde. Anand won this tournament easily, ahead of ten of the twelve best players of the world. Overall Anand has been ranked world no 1 in 2007 and 2008 and for a brief period in 2011.
Anand won the FIDE rapid chess championship in 2017 and subsequently, he is considered the finest rapid chess player in the world. Anand is the only player till now to have won the world chess championships in the tournament, match and knockout formats as well as rapid time controls. Legendary chess grandmasters regard Viswanathan Anand to be one of the greatest players to have ever played the game.
Says FIDE president Alexander Grischuk, ‘Anand has always struck me as the strongest player of chess, of course after Gary Kasparov.’ Lubomir Kavalek describes Anand as one of the most versatile players he has ever witnessed. The one thing that characterises Anand’s game is the speed with which he plays. It is this lightning quickness in thinking and making moves that usually baffles his opponents and goads them into making blunders. No wonder he is a brilliant rapid chess player.
Anand has several awards under his belt. Notable among these are the Arjuna award (1985), Padmashri (1987), Rajiv Gandhi Khel Ratna Award (1991- 1992) and the Padma Bhushan (2000). As regards Anand’s personal life he married Aruna in 1996 and has a son Akhil who was born in 2011. Anand is the first international star in the game of chess from India. Chess is a game that originated in India and migrated to other countries.

Anand is the first Indian who has brought accolades to India in a game which originated in India. It was only after Anand’s phenomenal successes in the international arena that more youngsters began taking up the game of chess and consequently bringing more accolades. Let us hope the trend continues.
Tags – #AtoZChallenge 2019 #BlogchatterAtoZ 2019 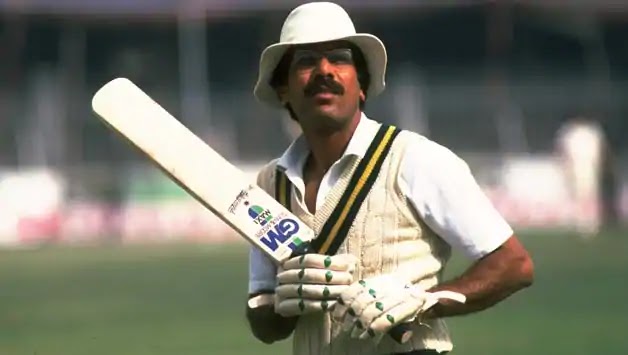 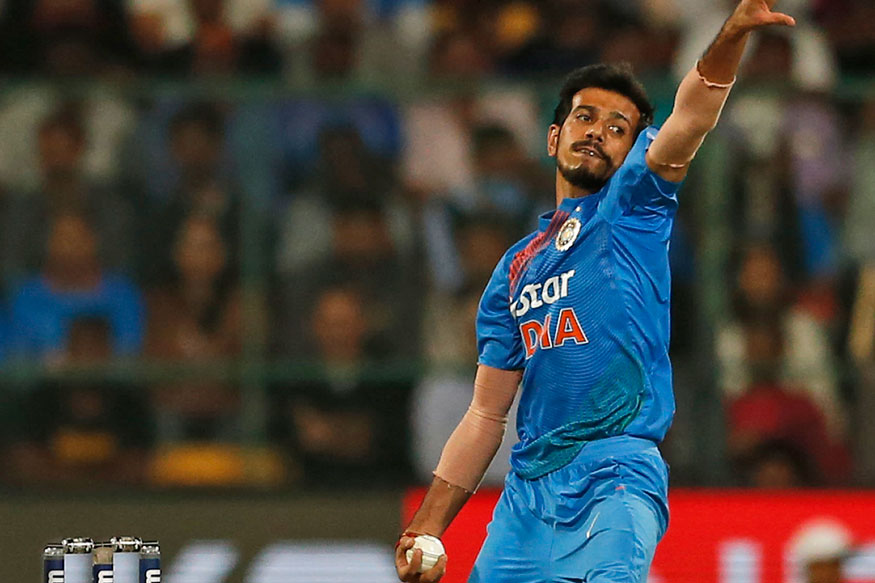