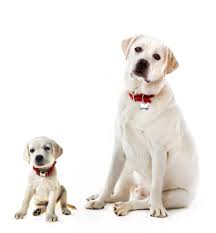 The year was 2056 AD. Professor Lily Heisenberg stepped out of her time transporter in disgust. She still found herself in 2056 when she had expected to step out in 2063 AD. Nothing had changed. She had spent the seven best years of her life on research to continue where Einstein had left off.
Her seven-year itch she called it. Her dream of developing a machine which would transport human beings forward in time by seven years remained just that, a dream. She looked at her puppy Jimmy and said sadly ‘Oh Jimmy! Tell me what I should do? I am a failure as a scientist.’

Jimmy looked at her sympathetically and stood up on his hind legs and yapped seven times. This was his way of begging for dog biscuits. The professor went into the kitchen and placed exactly seven biscuits in Jimmy’s plate and placed it on the floor in front of the puppy. Jimmy set about scrunching the biscuits happily. He gave seven sharp yaps after finishing the biscuits. This was his way of saying thank you.

Professor Lily sighed. Her fellow scientists at MIT considered her a crank with an obsession. ‘Why seven years they had asked? Why not a hundred?’

‘Well, there are seven continents in the world, seven seas, seven days in a week. My machine will also use seven, the magic number,’ she had replied.

In desperation, she made some final programming changes to her time transporter. She decided she would step into the time transporter and make one final attempt before winding up for the day. She carefully prepared the machine for one last attempt and opened the transporter’s front door and stepped into the small space meant for the subjects.

She switched on the FTL (Faster than light) drive and waited with bated breath. Nothing happened. No whirr and blur. No zooming in or out. She stepped out of her machine feeling really dejected. She stretched and yawned tiredly. Time to go home.

Suddenly a huge dog came bounding up to her from the hall and stood on his hind legs and barked seven times. There was something familiar about the dog. After a few minutes Professor Lily shouted in gleeful euphoria ‘Oh my god, I believe I have done it. You are Jimmy! How you have grown! Eureka, Finally after all these years! Let the two of us celebrate with some dog biscuits, Jimmy!’

She went into the kitchen and filled two plates with seven dog biscuits each. Jimmy and the professor scrunched the biscuits in immense enjoyment.

Author’s Note: I am taking my Alexa rank to the next level with Blogchatter. Do read my posts and let me know what you think.
Tags: #MyFriendAlexa #JaiSWrites
Note: I am participating in the #SuperBloggerAcademy linky party by Healthwealthbridge Dr. Amrita and allaboutthewoman Dr. Bushra
JaiSeptember 20, 2018May 9, 2019