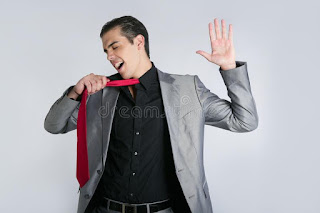 So here I am at my parents’ place in Chennai, all ready for a month away from work and the rigors of having to employ my grey cells and function under pressure. Compared to any normal IT office the pressure in my office is very minimal. But what with age catching up and the numerous health problems I have, I find even this minimal pressure tiring. Hence the decision to take a month off from work, recuperate and get back into rhythm.

I woke up today morning with a sense of anticipation. I was looking forward to seeing my parents again. I had initially planned to leave for Chennai only towards the end of the month but preponed it because I was dog-tired of work. On Monday I cancelled the tickets I had booked earlier and I re-booked by Go-Air as they had the cheapest available tickets in terms of pricing at such short notice.

I packed my bags with my eleven year old helping me. She was slightly upset yesterday about my holiday but I had put her to bed last night and assured her I would be back soon and today morning she was quite cheerful. I booked Uber, said bye to my wife and kid and set off to the airport. The driver was a pleasant young man and when we reached the airport and found neither of us had change on us he gracefully accepted 10 rs less from me as that was all the change I could muster.

I was a bit early and after a twenty minute wait I got my luggage scanned, checked in, collected my boarding pass and after the security check I was in the lounge. It was around eleven and after sitting here and there for a little while I decided I would have a Coffee. As is the case in airports, for a small cup of coffee I had to pay seventy rupees. But by airport standards I have been told that it is cheaper at the Kochi airport.

I still had plenty of time on my hands and seated myself comfortably in the lounge when a voice from behind me proclaimed loudly “itna gandha airport kahin nahin dekha,”. Translated this means “I have never seen such a dirty airport anywhere,”. I turned around to locate the source of this voice of prophecy and found it came from a bearded young man seated behind me. He looked like he was a college student and was addressing a friend of his. He was speaking in Hindi.

He continued speaking for sometime and it sounded like he was roasting the people of Kerala though I could not be sure. Though I was sure about what he had said about the airport, I was not so sure about the rest because he might have been speaking in a different context altogether. Having been brought up in New Delhi I have expertise in Hindi but I could have misplaced the context in which he spoke.

Anyways I was beginning to get nauseated by all this negative talk and had half a mind to educate this ignorant fool about the Kochi airport. But I knew my temper well enough not to start an argument and create a commotion. I knew that might happen if the boy turned out to be one of these truculent young men we see so often these days. I don’t want to become famous through dubious headlines like “Man causes commotion in airport. Objects to fellow passenger calling it dirty,”.

I was rather surprised by his statement anyway. First of all Kochi airport is run fully on solar power and is probably the only such airport in the entire country.  Apart from that, it could hardly be called dirty. There were neatly placed cushioned chairs. As far as I could make out there was nothing dirty, not  even the toilets. I have been to several airports. I have been to the Dubai airport, London’s Gatwick, Hyderabad airport and several others.

Perhaps the Kochi airport is not as ambient but no one can accuse it of being dirty.  Kochi is a second tier city and taking that into account the airport was quite good. I boarded the flight at twelve and I was pretty impressed by Go-Air. First thing I noticed was an announcement was being made urging passengers to place their luggage in the cabin and immediately take their seats so that others could move along the aisle quickly. I have never seen this happen in any other airline I have travelled in. This impressed me quiet a bit.

My flight companions were a pleasant old couple with whom I exchanged niceties and then I put on my seat belt. I looked up and was struck by an advertisement by the Telangana tourism department. It announced what it called the Bathukamma festival. It was plastered on all the cabin shutters.

I read it curiously and discovered that it was a floral festival celebrated for the well being of the girl child. Being a feminist this really gladdened my heart and I wished states like Haryana and Karnataka would take a leaf out of Telangana’s book and do something like this instead of conducting yagnas for the well-being of cows.

The flight by Go-Air was very pleasant and what was particularly striking were the very detailed announcements. Both the Hindi and English announcements were made using very sophisticated language. The flight attendants were very pleasant and polished. This was my first time with Go-Air.  I will definitely try Go-Air again. Well, I think I have rambled on enough and to cut a long story short, I reached Chennai on time, took a cab and reached home and the first thing my amma did when I entered my house was to pat my protruding tummy and exclaim “Oh my God ! we will have to walk one hour every day and reduce this,”. 4 Thoughts to “My Holiday Begins…”