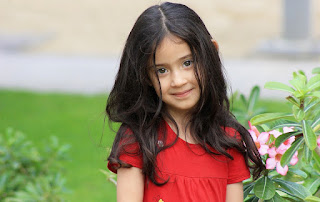 Naming babies suitably not only provides them an identity but also decides their destiny and behavior to a very great extent. A name stays with a person forever and plays a vital role in his/her  achievements and destiny. In the Hindu faith, if a girl child is named after a Hindu Goddess then she is not only surrounded by happiness and positivity but is also bestowed with special skills.

Below are  some Rare Sanskrit Girls Names inspired by Hindu Goddesses from a list of 1000 such names .

An inspiring Mesh Rashi feminine name after Goddess Durga. The name signifies someone unique or uncommon. The dominant planet for this name is Mars.

The striking appearance of Goddess Radha is known to all and every parent wants their little angel to be as charming and adorable as Radha. The name means charming

The name Jiva is derived from the word ‘Jeevan’ which means life. Jiva is another name of Goddess Radha who was full of life and grace. It is a Makar rashi name used in different parts of India.

This name symbolizes Maa Durga, the Goddess of power and strength. This was the name of Kirateshwar’s wife, also known as Shiv or Mahadev. It is an inspiring and powerful Hindu girl name with Mercury as ruling planet.

Nitya is another name of Goddess Durga which means eternal or one who can’t die. It’s the wish of every parent that their daughter lives long and prospers in life. Nitya is a Vrushik rashi name with Mars as the ruling planet.

The name Sadhika is derived from the word Sadhana, which means meditation for achieving something. Sadhika is one who is dedicated towards achieving a specific goal in life. It is another name of Goddess Durga. It is a Kumbh rashi name.

Stuti is a spiritual name used in Jain and Hindu religion for girls. It is a Kumbh rashi name associated with Goddess Durga. Stuti means to praise or to invocate.

A goddess with three eyes is called Trinetra. The name usually signifies Goddess Durga. It is a powerful Tula rashi name for Hindu girls.

A name inspired by Hindu Gods or Goddesses keeps a child ethnically rooted. Even many trendy and short names have the cultural and traditional essence. The science behind naming baby boys and girls after deities is generally meant to bless the baby with the characteristics of the relevant god.

In Hindu tradition, there are around 33 million gods with unique and inspiring traits. Every parent wants his/her child to stand out and excel in various fields and possess outstanding qualities. A god or goddess name somehow bestows a child with a long life, strength, prosperity and happiness.

Guest Author: Sapana Vibhandik
Sapana is a Parenting Blogger and WAHM. She shares tips on Pregnancy Care and Baby Care on her blog www.GoMama247.com. She likes to list unique Sanskrit baby names.