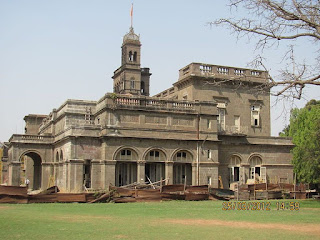 I wonder what our country is coming to. What exactly the hell is going on? Yesterday I came across this headline in the wire: “For Pune University’s Academic Gold Medal Only Vegans And Teetotalers Need Apply”. According to the article in the wire, a circular was sent out by the authorities of the Savitribai Phule Pune University stating that only vegetarians and teetotalers are eligible for a Gold medal that is conferred each year by the university. The university gives a Gold medal every year to the best post-graduate student.

It shocks me that we have now begun linking vegetarianism to academics. Is our country slowly slipping into a quagmire of fascism and totalitarianism? Are we slowly and steadily being pushed back to the 5th century when the monarch’s words were law?

I was born into a so called upper caste vegetarian family. But I do not believe in caste and as far as my religion is concerned it is my own personal affair. My relationship with God is mine and mine alone. I don’t like being told what my beliefs should be. Likewise, food habits are a matter of personal choice. I am a vegetarian and teetotaler myself but I do not believe in imposing vegetarianism on other people. I would definitely not like to educate my child in a university that adheres to such partisan and medieval attitudes even in matters pertaining to academic excellence.

I firmly believe that in a democracy everyone has the right to eat what he or she wants. Everyone has the right to practice his or her faith without interference from others. And above all what befuddles me is the question: “What do food habits have to do with academic excellence?” Are vegetarians gifted with a higher IQ by some divine entity? The university officials defend themselves by saying that this rule is nothing new.

They say this rule has always been there and was a condition laid down by the family that gives away the medal and the prize money. It is always the same story. Authorities nowadays do condemnable and shocking things and when asked for an explanation they immediately tell us it is nothing new and has always been the norm.
The circular laid down other points like the student must adhere to Indian culture and traditions in his daily life. That is all fine. I don’t see anything wrong in that.  But the point is that approximately fifty five percent people in India are non-vegetarians. Should we assume that these people are adhering to a foreign culture?
If a person is a vegetarian and a teetotaler fine for him. Why try to convert the whole country to vegetarianism by subtle means of overt and covert pressure? Soon there will be clauses saying only vegetarians are eligible to be admitted in certain universities. We have already reached a point where apartment complexes have sprung up which refuse to admit non-vegetarians to live there.
If we go on like this there will be no end to it. It is high time we put our foot down and nipped this growing tendency to segregate the diverse but united people of our great country. Let us hope better sense prevails and all this tomfoolery stops soon.
JaiNovember 11, 2017May 1, 2019

One Thought to “Want to win a Gold medal for academics? Become a vegetarian first”