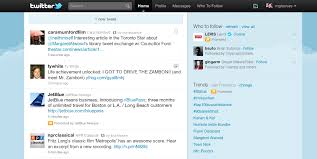 There is an old English proverb that says: brevity is the soul of wit. All of us know that when we indulge in inconsequential chit-chat in daily life or when we crack a joke, the shorter the punch-line louder the laughter. In this article I am going to discuss how the stated proverb plays out in the context of social networking sites; specifically Twitter. I recently heard that Twitter is mulling over an option to allow 280 characters in tweets instead of the current limit of 140. Though I do have a Twitter account and often visit the site, I do not tweet much. Mostly I re-tweet other interesting tweets that may happen to catch my fancy. Be that as it may, I do feel that my acceptable proficiency in the English language qualifies me to write an article on this much hyped topic.

First of all, let us examine the reason behind this move by Twitter. As in most business ventures, the primary reason of course, is money. Twitter makes money by carrying advertisements in its site. The growth of Twitter users has stalled since 2015 especially in the US which is a huge market. Most of the people who tweet currently are celebrities. The common man does not seem to be interested in tweeting. Hence Twitter has in many ways become an elitist club. In order to make money, the advertisements have to target the common man. Hence the need to do something to make large number of people in every strata of society take to tweeting.

The primary reason for the lack of interest in tweeting in the US seems to be the fact that English is a language that does not lend itself to conveying messages effectively in 140 characters. Of course, experts in the language like Shashi Tharoor and Ramachandra Guha can tweet very effectively in 140 characters. But on an average, most people find it a difficult task to cram what they want to say within this limit.

On the other hand, a language like Japanese has the kind of script and constructs which make 140 characters more than adequate to convey messages effectively. Twitter’s research has found that only 0.9 percent of Japanese tweets hit the 140 character mark whereas 9 percent of all English language tweets hit this limit. According to research conducted by Twitter almost all languages except Chinese, Japanese and Korean need more than 140 characters for expressing an idea effectively. With all these research findings, no wonder Twitter is seriously considering a change in the character limit.

Of course, many tweeters have already raised the banner of revolt. Most people feel that twitter is all about brevity and wit. Tampering with the number of characters, they say, will reduce the quality of tweets as the temptation to tweet elaborately will take over at the cost of witty punch-lines. I for one don’t agree. It is my firm belief that a person who can be the soul of wit in expressing himself in 140 characters will be even more so with 280 characters. Further if anyone wants to limit himself to a lesser number of characters they always have the freedom to do so. It is only a question of holding oneself back.

Another useful side effect of this change would be to put the breaks on reducing language to gibberish. I might sound like a purist, but it is nauseating to read “before” spelt as “b4”, “you” as “u” and “and” as “nd” and the limitless number of abbreviations that have become common place. A limit of 280 characters will help to prevent languages from getting reduced to this kind of nonsensical jargon. People will have the freedom to construct sentences using words with the proper English spellings.

Another idea that did occur to me was to make the character limits for different languages or families of languages different. Most Indian languages follow the Devanagari script. We can group several languages as a common group based on certain similar  characteristics they possess. I am no linguist and have no idea what these characteristics would be except the basic one of the number of words required to form a sentence in a language. We can group languages on the basis of this word count. Languages with similar word count requirement for formation of sentences of an average length could have the same character limit for tweets. But I am not sure whether this would have legal implications. I guess this is not such a good idea. Forgive me if this one sounded ridiculous but I was just toying with it.

Another objection that is being raised is that increasing the character limit will enable people to post objectionable tweets more effectively. Even with the character limit being 140, Twitter is full of nasty, obscene comments. Endless trolling and unacceptable sentences are being passed off as tweets. Just imagine what would happen, if, on top of the existing problems, the character limit is also raised. Yes, this is truly an issue. But the solution to this is for Twitter to improve its system of monitoring tweets and handles. Twitter ought to implement its policies regarding tweets very strictly and take down handles that indulge in this sort of mud-slinging.

Let us now look at how effective this change could be from a business point of view. I for one, certainly feel that this change in the character limit would add to the number of people who take to Twitter. For one thing, people who are not experts in languages will not have to strain their brains trying to tweet. People can say things effectively without spending too much time trying to be brief. At the same time people who like to be short and precise can always restrain themselves. It would also give people a platform to improve their linguistic skills. It would make twitter the common man’s tool rather then a platform used by the elite with celebrity status. If twitter is to compete with its main rival Facebook, some relaxation of rules is imperative and I do feel this is the right direction. More tweeters, more money. Way to go Twitter!!