Skip to content
Schooling Sytem
Unsafe Schools – What is the answer? 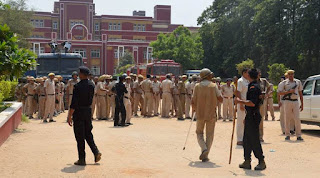 For the past two months we have all been held in a horrified stupor by an incident that occurred in one of the top international schools of India. A young boy of seven had his throat slit, allegedly by the conductor of the school bus. A young life has been snuffed out in its prime. This is not the first time we are hearing of such incidents. Several times in the past we have seen such brutality in schools. There have been numerous instances in schools when gunmen have opened fire indiscriminately, dead bodies of young children have been discovered in water tanks, class rooms, swimming pools and so on.

All this, begets the question: how safe are our schools really? Can we trust our schools to take care of our children? I do not want to sound like an alarmist, but looking at the current state of affairs the answer is a reluctant no. The incident I have mentioned has come to light and is making headlines because it has happened in a posh international school. There are numerous such incidents that do not make it to the front pages of newspapers because they happen in schools which do not enjoy the same reputation and standing in society.  Most often, in these schools the authorities sweep such incidents under the carpet with the police acting as allies.

The parents of the affected children do not have the influence or the clout to approach the courts or go against the establishment. Headlines of the like “Teacher rapes girl in school!!!” and “Second grade boy maimed by teacher for not doing homework” have become an everyday feature of the newspapers. In this article I will try and deal with some major issues concerning parents and schools.

First of all what can we do to make our schools safer? On paper, there are guidelines for schools which are meant to be followed strictly. Background checks for teachers and other employees right down to the man who sweeps the classrooms are mandatory. But how many schools follow these rules stringently?

Almost all schools compromise on these things. Teachers are chosen based on recommendations and not on the basis of merit. As for as the junior grade employees are concerned, the lesser said the better. Anyone who has sufficient pull can get into a school. In this scenario, no wonder some of the worst perverts land up as employees in schools.

Teaching is a noble profession. But all over the world it carries the curse of being one of the least paid professions. So people who opt for it are generally people who are not able to make it to other paying careers. With the result we end up with some very poor quality teachers who not only lack subject knowledge but also moral integrity.

As far as junior employees like the sweeper, conductor or driver of the school bus are concerned, everything happens by word of mouth and no written references are demanded. With the result even an escaped prisoner who can drive a bus can get into schools. So the first necessary step to make our schools safer is to get good quality people of outstanding moral fiber and who have commitment to take up education as a career.

Teachers are people who mould the minds of children and by extension the future of the nation and the planet. They deserve the best possible pay packet that can be handed out. In this regard it is believed that Finland tops the list as the country where the most highly paid employees are school teachers. It is imperative that all countries follow Finland’s example.

Junior employees have to be vetted thoroughly and background checks cannot be waived for anyone, be it the sweeper or the principal. If the head of the school and the management are good, the rest automatically follows as effects trickle down from top to bottom. Regular maintenance of school facilities like the swimming pool, playgrounds and toilets should be done stringently and on time. 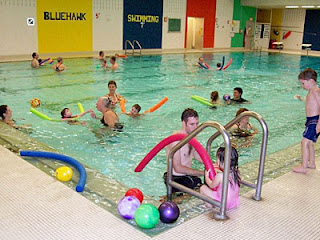 Laying down some ground rules will help too. For example, children who are not experts in swimming should not be allowed in swimming pools without a coach being present. These small things will prevent unfortunate accidents.

Then comes the question, how can we empower our children to take care of themselves in dangerous situations arising in school? Bullying is a real menace in schools. The problem here is that the bullied child seldom has the courage to report matters to the school authorities or the parents. We need to train our children to report anything that is unfair or abnormal that happens to them or their peers. It is important to instill a sense of fearlessness in our children. The school authorities also need to check a child’s personality growth periodically.

Sex education is a must. Children need to be taught to recognize instances when adults or seniors touch them inappropriately. They should be trained to recognize the difference between a platonic good touch and a bad touch with sinister motives. Recently there was a case in the newspapers of this nature. When a school teacher taught a twelve year old child about good and bad touch, the child suddenly realized that her father had been abusing her for several years.

It is also necessary to teach children, especially girls, some form of self-defense. Obviously we can’t be training all children in martial arts like Karate. What I mean is, they have to be taught minimum self defense mechanisms so that they can take care of themselves in dangerous situations.

Finally one last question: can we do away with schools altogether and take refuge in home-schooling? This question is tough to answer because home-schooling has both positives and negatives. Home-schooling has a lot of good things going for it. First of all, the child gets individual attention. This makes it possible to understand the strengths and weaknesses of a child on an individual basis and we can impart quality education in a wholesome manner. Children can be imparted skills that are not part of the average school curriculum. Above all we need not constantly worry about the safety of our children.

But there are several negatives too. The environment provided by a school where a child moves among his peers and is in constant touch with other children of his age improves social and interpersonal skills. This is not possible if a child is home-schooled. Home-schooling is possible only if the parents are rich enough to employ high caliber personal tutors or they are themselves equipped and have the time to train their children.

Further, at some point home tutored children have to join the mainstream and it has been found that many such children are not able to make the transition smoothly. So we have to seriously consider the suitability of a child to home-schooling.

All said and done the decision lies with the parents. It is an important decision as it lays the foundation of a child’s life. So care has to be taken to judge appropriately.  I would like to conclude by saying children are the future of the family, nation and the entire planet. We need to sow the seeds of a child’s growth carefully and nurture it properly.

One Thought to “Unsafe Schools – What is the answer?”