Skip to content
Gender Equality
A Woman’s Choice: Stay At Home Or Work 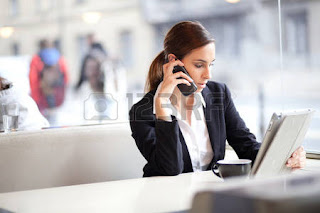 We all know that there are pluses and minuses in all aspects of life. There are some positives and negatives in the lives of career women too. Being a feminist I staunchly feel that just like men, a woman should also have the freedom to decide whether she would work in an office or devote her entire time to staying at home and taking care of the family. I am of the opinion that a woman should not be put in a position where she has to seek the permission of all her family members on a personal decision like this.

I was raised by a working woman and my sister is an ophthalmic surgeon. My wife is a Mathematician. As a young boy I have never had any problems because of the fact that my mother was a working woman. She always made sure that she was available for me and my sister whenever we needed her. Perhaps my mother’s office timings and my father’s co-operation helped. My mother was in a strictly 9 to 5 government job. The convenient timings ensured that she was always available for me and my sister at times we needed her the most.

But what about the likes of Indra Nooyi – the chairman of PepsiCo – who are high profile career women? Are they able to spend quality time with their families? Are they able to give piggy-back rides and play hide and seek with their growing children? I heard that in one  interview Indra Nooyi mentioned that there were times when she regretted not being able to spend too much time with her family.
High profile career women are in jobs that sometimes keep them away from their families for months together. Their children and husband miss them. During these long away-from-home days the family has to attend to everything on their own. The woman of the family is sorely missed. The children miss the comforting care, warmth and love that only a mother can give. These are some of the negatives in the lives of working women. These are the reasons often touted by the orthodox and conservative people of our society when they take a stand against working women.
But I belong to the school of thought which sincerely believes that women should have careers and complete financial independence if they so desire. I have mentioned some of the negatives involved in women taking up careers. Let us now look at the positives and see if they outweigh the negatives.

First of all, there is the question of individual choice. Why is it a norm that a woman should always live for others? Isn’t it her right and only fair on the part of society to allow her some space for herself? Yes, husband and children are important. But a woman, just like a man, is an individual in her own right. If she wants to work she has every right to do so just for the reason that she wants to do it. I don’t think she needs to justify her choice to society.
Secondly there is the question of financial independence. In India where the society is predominantly patriarchal, we come across so many cases of dowry deaths. By mentioning this I do not mean a working woman can pay her own dowry. What I am getting at is that if a woman is harassed for dowry, she is in a better position to walk out of an abusive marriage if she is a working woman and has the financial independence to do so.
What normally happens is the harassed girl returns to the parents home. The parents out of fear of social ostracism send the girl back to the in-laws house. The in-laws, harass her further. The poor girl out of sheer frustration and depression finally kills herself or in extreme cases even gets done to death by the husband and in-laws.

How much simpler it would be if the girl did not depend on her parents’ or husband’s family for her bread and butter and could simply walk out of her marriage and live an independent life of her own? Financial independence is extremely important for women especially in patriarchal societies where social problems like dowry deaths prevail.
Then there is the contribution to the kitty which a woman makes through her earnings. There is a tendency in men to send their women to work when they are not able to earn adequately to provide for the family. But men refuse women this right when they themselves are able to provide properly for the family. This selective imposition of rules is extremely unfair.

If a woman is good enough to work when the man is not able to provide for the family, then she should be given the independence to work whenever she wants. Men want to give women selective freedom.
And finally, some women are naturally out-going. They feel boxed in doing house-hold chores day-in and day-out. They need the invigorating experience of working in an office and having a career of their own. They like to be on their feet. To hold such a woman down and to pin her to the home is a grave mistake. Sometimes it even leads to depression and mental health problems.
Think of what the society would lose if all women were to decide not to work. The contributions of one half of humanity to society would be lost. We have seen in recent times that given the opportunity, a woman is equal to a man in every respect and can excel in any field in which a man can excel. We would lose the contributions of women in arts, science, math, literature and any field one can think of.

Come to think of it, women are even excelling in areas like space exploration. One thinks of Sunita Williams and Kalpana Chawla. With a supportive family the sky is the limit for women. It is high time the society gave women their rightful place and allowed them the freedom to choose.
JaiJune 10, 2017May 9, 2019