Skip to content
Blogging
The First Birth Anniversary Of My Blog 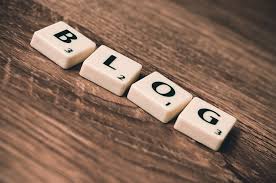 When a baby is born parents and grand parents eagerly watch it grow. Mothers and fathers sing melodious lullabies to put the baby to sleep. They lovingly watch their darling son or daughter crawl everywhere and get under people’s feet. Then the baby slowly starts growing. Finally the day comes when the baby stands up on its feet and takes a few faltering steps and plonks down with a bump. Everyone is thrilled. Then comes the first birth anniversary and Tamilians like us name their child. This is one of the most exciting times in a couple’s life.

By now you must be wondering why I filled in two paragraphs of this article with such mundane things. The reason I mentioned all this is because one year back, on this day, a baby was born. My baby. I am both mother and father to this baby. I have been carefully nurturing this baby ever since her birth. This baby is none other than my blog. Yes folks, exactly one year back I created the first blog of my life and put in  my first post on it. I never thought I had any writing skills. I have often been told by people that I have a very poor imagination.

The story behind how I came to create a blog and started writing articles and poetry is quiet an exciting tale. I may have mentioned this story in some earlier post but for those of you who don’t know about the origins of this blog here is the story again. I hit upon writing by chance when I was requested in 2016 to participate in the founding day function of the organization where I have been working for the past thirteen years. I was at a loss to know what contribution I could make to a cultural program when a friend of mine had the bright suggestion that I recite a poem.

My immediate reaction was like “Me! Write poetry! Oh God I don’t have any creativity at all”. But somehow the idea stuck and that weekend when I was lazing about idly at home I picked up my laptop and penned my first poem which was about my ten year old daughter who is the darling of our family. The poem was appreciated quiet a bit by my colleagues when I presented it in the function and thus began my sojourn with writing. I stated this blog on 5th January 2017 and my first post was a poem on love and romance. I broke tradition and did not wait for an year to name the blog. I simply named it “Jai’s articles and poems”. A rather plain and unimaginative name, don’t you think?

I prefer to think of my baby as feminine because I am a bit of a militant feminist myself. I am also father to a very pretty and mischievous ten year old daughter who wants a sister. Oh sorry, she will be eleven in another 10 days. I gave my baby the url jaispoetryblog.blogspot.in. This is a bit of a misnomer for my baby is less poetic and more conversational, meaning there are a larger number of articles than poems in my blog. But when I started the blog I was planning to write only poetry. But one thing led to another and my baby apart from being poetic also started spouting prose.

My baby was very active in the first month of her birth. She grew rapidly and became very naughty. She produced 15 posts enthusiastically. Then the hectic pace slowed down a bit. In the second month she could produce only 7 posts. In the third month this number became even lesser. In April she perked up a bit and produced 7 posts again. Maybe she was not getting enough attention and was not being looked after well. In May and June she became completely inactive and I was seriously worried. She was feeling very lonely and I took her to a child specialist who suggested a name change.

I am not superstitious and did not believe this. So I refused. Some people even suggested dressing her up properly. I refuse to change her design. Then she picked up some growth and grew at a steady rate. One fine day she stood up and started walking (joined indiblogger). At some point I decided to change her name. She is now called by a name that is a shade better: “Jai’s Writing Retreat”. She also sports different clothes. And today on her 1st birth anniversary I am happy to say that she is healthy and going great, though not as big as I would like her to be. She has only one follower but almost a hundred people visit her every day.

Now let me get down to brass tacks and share with my readers my experience with blogging so far. I write both poems and articles. I find writing articles is much easier. I mean I am able to make up my mind to sit and write an article and most often I am able to think up of a topic and pen down some 5 to 6 paragraphs steadily.

On the other hand writing poems is not so simple which is perhaps why there are lesser number of poems in my blog. Poems are initiated by sudden flashes of inspiration. I mean suddenly when you are stretching lazily in your bed early morning or taking a walk in the park, a poetic thought floats through your mind and grows up finally into a full blown poem. Sometimes you are watching a movie in the television and hear a dialogue and immediately rush to your laptop and a poem is born. What I have found is a poem has to happen whereas you have more control over how and when you write an article.

Blogging, I have found, is a great emotional outlet. It helps me focus my mind and think steadily. I normally finish off a post in one sitting. Once I sit down I write steadily for two to three hours and post immediately on my blog. I have heard from several bloggers that they write a post over a period of 2 to 3 days. I guess each person has his own style of doing things. In my case I get restless if I write something and leave it midway. Okay folks I have to say good night here as my baby is feeling sleepy and wants to put an end to this post. All of you who are reading this please do visit her more often. Sometimes she gets lonely. She would like some birthday wishes from you too.

13 Thoughts to “The First Birth Anniversary Of My Blog…”