Skip to content
Self Improvement
How To Deal With Disappointments And Frustrations? 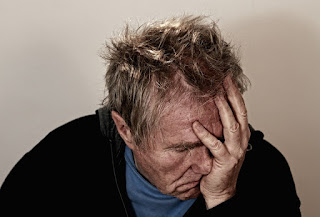 We often come across sorrowful headlines in the newspapers of the kind “girl commits suicide over marital discord!!!”, “boy of seventeen kills himself, heart broken over failure in board exams”, “Couple commit suicide as parents don’t agree to their union” and so on. The list is endless. Be it failure in exams; frustration in a love affair, disappointment over inability to win a beauty pageant, a troubled relationship with one’s spouse, people sometimes take the extreme step of killing themselves. This inability to deal with disappointments and frustrations seems to have become exacerbated in recent times when the pace of life has become frenetic.

I myself have faced this problem when I was a young lad of seventeen. After putting in 5 to 6 hours of study everyday and being coached by one of the best coaching institutions of those days, I failed to secure a rank in the IIT joint entrance examination in my first attempt. Having an emotional disposition by nature, I felt the bottom had dropped out of my world. I had staked everything on securing admission in the IIT’s and had not attempted any other competitive entrance examination. I could not secure admission in any other professional course because my marks in the board exams, though good, were not outstanding.

Fortunately for me, my family was extremely supportive during those difficult days. I secured admission in a local college for a Bachelor of Science course in Chemistry and my father said to me: “son, try for the IIT’s once more. I know you have it in you to make the grade. Give it your best shot”. Then started the saga of that second attempt. I neglected everything else and struggled with my IIT exam preparation. I used to put in as many as 8 to 10 hours of study everyday. Needless to say I made it to IIT Varanasi in my second attempt.

But mine has been a story where the end result has been one of success. What would I have done had I failed the second time also? Would I have done something drastic? I don’t know the answer and that is besides the point. The main issue is how do we deal with our disappointments and frustrations. The ability to deal with disappointments and failures is not entirely in-born. It depends a lot on upbringing. Parents ought to inculcate inner strength in their children right from the word go. It would help if parents, instead of acting like instruction manuals try and be their children’s friends. Tell your children: no failure is absolute and failures are not worth taking your life for.

Undue pressure exerted by parents is the key reason a youngster resorts to drastic steps when he or she fails in something. Parents in India want to live their dreams through their children. When a child secures 95% marks in a subject, instead of heaping praise on him or her, parents have a stupid question: where did you lose those five marks? High cut-offs for college admissions are another problem. Ninety eight percent marks are not enough to secure admission in a suitable college because the cut-off is a ridiculous 99.9%. No wonder youngsters get desperate.

Parents should not always be thinking of marks. It is important to be a considerate mentor to your child. Instead, parents are worried about the comments that relatives and friends might pass if their children do not perform well academically. Examinations and marks are not everything. There have been numerous people who have risen to great heights despite not receiving even a rudimentary education.

Let us now look at love affairs. A broken love affair often leads to a complete emotional breakdown. In India, when love is not reciprocated by a woman, men kill the object of their affections and take their own lives too. Is this needless loss of life necessary? Here again upbringing plays an important role. Parents should bring up children to respect other people’s desires and feelings. A healthy respect for life and other people’s choices are values that have to be inculcated into children at a very young age.

And then there are broken marriages. Take a typical situation. Say, there is a family which is a haven of happiness. There is the husband, the wife and their two beautiful children living life in total bliss. Suddenly the other woman or man enters the picture. The husband or wife gets swept off their feet and then there is mayhem. Initially there is the everyday bickering. There is suspicion at every turn. Then arrives the inevitable day when the husband or wife breaks off the marriage to go away with the other person.

What does one do in such a situation? It is not easy. There are the children to think of. One feels emotionally shattered. One has to pick up the broken threads of life and stitch them together. Once again the people who manage to come through this unscathed are the ones who have the inner strength to do so. Where does this inner strength come from? One has to first of all realize that around the corner there may be a glorious tomorrow. At the end of the tunnel their maybe bright sunshine.

During such times of extreme stress, the key is to have an emotional outlet. Taking up a hobby like learning a musical instrument, taking a long holiday and spending some time in solitude, meditation, yoga or simply confiding one’s troubles to one’s friends can help tide over such stressful situations.

Sometimes there is not even a need for the presence of an “other person” for stress in a family. Family life becomes hell just because husband and wife don’t get on with each other. There is severe stress due to the constant bickering and the children also suffer. What is the solution to this? Best thing one can do is to have a frank heart-to-heart chat with one’s spouse. Make some simple rules which both husband and wife have to follow. This would ensure that the husband and wife do not cross each other’s paths the wrong way too often. If nothing works one can go to an experienced marriage counselor.

In conclusion I would like to say this. The ability to tide over disappointments and frustrations begins with the parents. They have to build the child’s inner strength. They have to inculcate a never-say-die spirit in their children. Good habits go a long way in tiding over times of crisis. Good self-esteem and self-confidence come from upbringing. We have to be our children’s friends and stop being instruction manuals and putting them under undue pressure. This will stand our children in good stead as adults and help them face anything in life.

2 Thoughts to “How To Deal With Disappointments And Frustrations?”