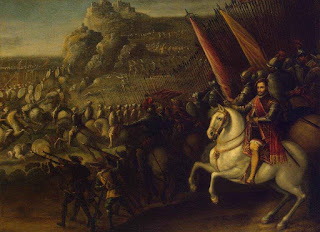 There are probably very few people who would not have heard of the phrase: “beg, borrow or steal”. It simply means that when a person is in a desperate situation adopting any means to solve a problem is fine. In this article I will try and answer the question: should means justify the ends? In dealing with this topic I have no choice but to consider some very unsavory truths about the society we live in.

First of all I would like to discuss this question in a historical context. The great emperor Asoka was known to be a very cruel king who would not hesitate to wipe out his enemies ruthlessly. But he changed totally after he waged war on the kingdom of Kalinga. After the Kalinga war was over, he stood in the battlefield and surveyed the bloody corpses and mutilated bodies around him. He asked himself the question: was this Pyrrhic victory worth it?

Was it justifiable to render thousands of homes destitute, thousands of women widowed, many children fatherless and cause so much sorrow just in order to satisfy his lust for conquering kingdoms? He realized the hopelessness of it all and renounced war and became an ardent follower of Buddhism. He never waged a single war after that and spent the rest of his life as an ascetic king ruling justly.

The French revolution began with very lofty ideals. It began with ideals like bringing the idle rich to justice and creating balance in the society by raising the poor to the levels of the rich and elite. Great values were touted as reasons for bloodshed. This so called great revolution soon degenerated into a blood-bath and gave rise to a reign of terror. It also gave rise to the coronation of a monarch: Napoleon Bonaparte. The rich remained rich; the poor languished in tatters just like before. Why? Simply because the means adopted to bring about change were not justified.

Let us now look at India’s independence struggle. Indians were led against the British by the apostle of non-violence: Mahatma Gandhi. He was a man who strictly believed that in the struggle for independence there should not be a single drop of bloodshed.

Not that India’s independence struggle was entirely without bloodshed. There were other great revolutionaries who sacrificed their lives and whose contribution was no less than that of Gandhi. But it was the means adopted by Gandhi – that of non violent struggle and non-cooperation – which made the British finally leave India.

Let us look at today’s society and the lives of ordinary individuals. I would like to consider the film industry first. Who has not heard of the infamous casting couch so rampant in the film industry? We often hear that actresses do not hesitate to give sexual favors to directors and producers in exchange for a role in a movie. I read an article by one lady who mentioned that she had received as many as forty seven offers to act in movies, each with a dirty proposition attached to it.

Some directors and producers openly defend their lechery by saying that if the women are willing to sell their bodies they are not responsible for taking advantage of it. The money, glamor and glitz attached to stardom lures young girls to the tinsel-town in thousands and they are willing to adopt any means to become popular.

Consider journalism. There is the case of one woman journalist who became a famous editor’s mistress in order to rise up the ladder of success. Is this justifiable? Self-respect is extremely important. There are some countries like Germany where prostitution is legalized. I pride myself that I am a man of modern ideas and extremely broad minded but this is one thing which I am unable to digest.

How can elected representatives of a society ever dream of formulating a law like this which demeans one half of humanity? Under what conditions is it justifiable for a woman to sell her body to earn a living? It is a reflection of the pathetic times we are living in that a thing like this is justified as broad mindedness.

People of the younger generation who are reading this article might take me for a hopeless prude. I assure them I am not against live-in relationships or consensual pre-marital sex.  There is nothing wrong in sex between two consenting adults even if they are not married to each other. But it makes my stomach churn when people lower sex to the levels of a grocery item that can be purchased for money.

Let us now consider other industries like the banking sector, manufacturing, IT, construction and so on. The malice is rampant everywhere. Government officials take bribes and dole out no objection certificates and licenses in thousands. The aim is to make a quick buck. Does corruption justify becoming rich quickly?

Is it not necessary to assure oneself that the buildings for which no objection certificates are being given are actually following the rules and regulations? All this corruption leads to untold loss of life and misery when something goes wrong, like a fire breaking out in a building or the collapse of a bridge in a crowded marketplace.

Sometimes I am stunned by the extent of obsequiousness and sycophancy shown by managers to their superiors for the sake of a promotion. I have worked in offices where bosses are extremely pro-establishment, docile and willing to accept any diktat of the management just for the sake of personal gain. Is it not necessary to be the voice of the people working under you and to take up their grievances with those in power? As a manager one’s primary concern should be the team one one is leading.

I would like to conclude by saying this. How you achieve what you want in life matters a lot. No matter what one’s aims in life are, it is important that fair and just means be employed. It is simply not worth it to get what we want by demeaning ourselves or by being corrupt. The means definitely have to justify the ends.

3 Thoughts to “Should Means Justify The Ends?”