Skip to content
Fiction, Travel
A Blind Date With The World – #TheBlindList #SayYesToTheWorld
I heaved a sigh of exasperation as soon as my boss Ravi put the phone down at the other end. I had been informed that I was expected at the office the next day. This was the third time in a row I would be working on a weekend. ‘Oh well! Nothing to be done about it,’ I thought to myself. The next day I finished breakfast and drove rapidly to my office. To my surprise, I found the front door locked. Puzzled, I unlocked the door with my electronic identity card and stepped inside.
I had taken it for granted that most of the employees would be present and Ravi would be there to brief us. I pulled out my mobile and called Ravi. I was informed that the number I had called was out of range. I had better wait for some time, I decided. I entered my cabin and sat down in front of my computer. Suddenly a lady with an angelic face and blonde hair appeared on the computer screen from nowhere.
She spoke to me in a melodious voice. ‘Mr Sitharaam Jayakumar, we are a species living deep down in the centre of the earth. Your species, the homo-sapiens, are not aware of our existence. I am Nora, their representative. You are now seeing me in a human form. I have a message for you. We have chosen to take you on a blind date to the centre of the earth. You will be accompanied by one person from each of the forty countries we have selected for this journey. All of you will embark on the experience of a lifetime. In a few minutes, you will be rendered comatose and your journey will begin. We do sincerely hope you like this Blind Date with the world. Enjoy yourself.’
Startled, I tried to scramble to my feet. But it was too late. There was a blinding flash inside my head and I was lost to the world.
*****
There were around forty of us seated in a huge hall inside a magnificent vessel which was chugging along steadily. The hall was an enclosed space with walls on all sides. I looked at the pretty young girl seated next to me. Her features gave me the impression she was from Germany. She was dressed in a simple pink skirt and white top and was wearing a beautiful blue scarf with a floral design on it. She smiled at me and said, ‘You are from India, aren’t you? I am Heidi Heisenberg from Germany. I work for Lufthansa airlines. Do you have any idea what is happening?’
‘Hello, I am Sitharaam Jayakumar, a software professional from India. Everyone calls me Jai.’ I said smiling. ‘I am afraid I am as much in the dark as you are.’
The vessel we were travelling in suddenly came to a halt. A lady appeared on the large screen placed in front of us. She smiled, and said, ‘Friends, we are all assembled here to be part of a blind date with the world. We have selected you from among billions of people of different nationalities after several rounds of elimination. You are travelling in a vessel that can move both through the air and underwater. This vessel will now be churning its way through the depths of the ocean. As we move, the closed walls of this vessel will become transparent and the world outside will be visible to you. Enjoy the beauty of the depths.’
Suddenly we could feel the vessel sinking down. Heidi looked at me in alarm. I put my arm around her. The other people around us also appeared frightened. Finally, we were completely submerged in the water and the walls of our vessel gradually became transparent. As we gained depth our fears subsided somewhat, and we were held captivated by the beauty of the aquatic life teeming all around us. Many of us including Heidi and myself stood up to get a better view. We could see many multi-coloured aquatic creatures. We could see all kinds of fish. We were mesmerized by the beautiful and vividly coloured aquatic flora and fauna. 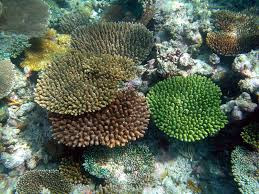 We saw great white sharks swimming effortlessly. Heidi clung tightly to me each time a great white appeared to be moving in our direction with its teeth bared. 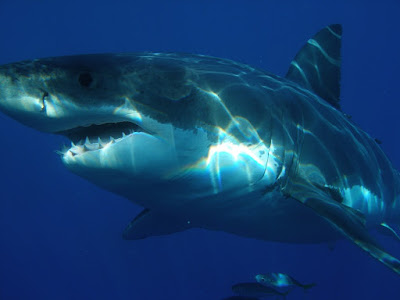 At one point in the depths of the ocean, we witnessed a scene most of us would have never imagined we would set eyes upon. In front of us was an enormous blue whale tending to its young one. 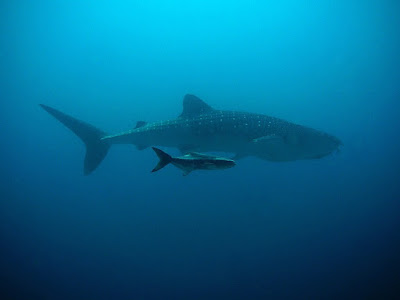 The sight was so breath-taking that many of us erupted into shouts of joy. We could see beautiful coral reefs. As we moved deeper, the marine life started becoming scarce. 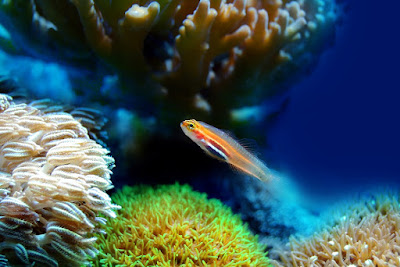 Our guide appeared once more on the screen and said, ‘We are now on the floor of the ocean. We will soon be digging our way through the different layers of the earth and reach the centre of the planet. We will be moving through the earth’s mantle first.’
As our vessel slowly wended its way through the mantle, Heidi said, ‘I feel like we are moving through an ocean of thick sweet honey.’
‘You do have a fanciful imagination, Heidi.’ I replied. ‘Come to think of it, you are right. As far as I remember the mantle behaves like a viscous liquid and stretches when pressure is exerted on it. It is made of silicate rocks.’ We kept churning away steadily and finally our guide informed us that we had reached the core which was near the centre of the earth.
It was getting hot in the cabin. Heidi removed her scarf. She was just about to stuff it into her handbag when I extended my hand and said, ‘I will keep it for you.’ She smiled and handed over the scarf to me. I stuffed it into my trouser pocket.
We moved steadily for an hour. Heidi suddenly shivered and said, ‘I am scared’ and proceeded to hug me tightly. She put her head on my chest and looked up at me, her lips parted, inviting. I bent down, and we kissed warmly. We could hear the vessel drilling through the earth’s core made of solid nickel deposits. Suddenly empty spaces began appearing all around us and finally our machine burst out into complete open space. It was as if we had reached another world. All of us were held transfixed by the sight that met our eyes.
There were huge aeroplanes moving about in space unlike any that we see in the human world. Most of the aeroplanes seemed to be flying on enormous iron tracks mounted in space. The aeroplanes seemed to be moving much faster than those known to human beings. The sight of this new kind of air traffic we were witnessing held us in a thrall. We could also see many alien creatures that looked different from any living thing we had ever seen before. They seemed to be everywhere. The layers of the earth we had made our way through so assiduously had disappeared completely.
Human beings could have never imagined that such an advanced civilisation existed at the centre of the earth. Heidi and I exchanged baffled glances. Words failed us. We looked into each other’s eyes. Two people with the same thought. What would happen to us now? Would we ever return to the human world again…?
*****
Suddenly I sat bolt upright in my chair as Ravi shook my shoulders hard. I stared at the blank screen of the computer in front of me. ‘Wake up Jai. Sorry, I forgot to inform you that the meeting was only at 12.00 PM.’ Ravi said. ‘Anyway, what are you doing here, snoring in front of a blank computer screen?’
‘I don’t know. I had the most enriching experience of a lifetime. I travelled to the centre of the earth.’ I said feeling slightly stupid.
Ravi looked at me as if I had gone crazy. ‘You must have been dreaming,’ he said.
‘Well, I suppose so.’ I said doubtfully. I did not want to repeat my tale and make people laugh at me.
I stepped into the cloakroom to wash my face. I looked at myself in the mirror. Suddenly I felt a bulge in my trouser pocket. I put my hand into my pocket. It felt like a piece of cloth. I pulled it out. I stared at it shell-shocked. It was Heidi’s blue coloured scarf with the floral design… Printed at a corner of the scarf was the legend ‘Lufthansa – #SayYesToTheWorld…’
*****
Tags – #TheBlindList , #SayYesToTheWorld
Visit #TheBlindList contest page here.
JaiOctober 6, 2018June 13, 2019

2 Thoughts to “A Blind Date With The World – #TheBlindList #SayYesToTheWorld”