Skip to content
Miscellaneous
Television When I Was A Kid 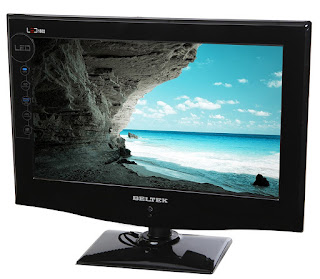 There was a time when the common television set was not as ubiquitous as it is now. Thirty five years back, it was considered a status symbol in middle class families to have a television set or a refrigerator at home. I watched my first television program when I was in my third grade. Someone in Chennai (Madras at that time) charged ten paise and allowed us kids to watch the television for an hour. I think I watched an India Vs West Indies cricket match. If my memory serves me right, the players were tiny dots on a small screen and the picture was extremely hazy but all the same I was thrilled beyond words at the prospect of being able to boast to my class-mates that I had watched television.

When television was about to enter India there was a raging debate on in the country, the point of argument being: was it a wise thing to allow television sets into the country? Some renowned and eminent activists argued that it would spoil children’s education. However the proponents of TV won the day and television made its grand debut in India. My father got transferred to New Delhi when I was in my fifth grade. I started watching programs in my neighbor’s house as my father was yet to invest in a television set. This continued till the time my father saved enough to invest in a set.

Those days there was no cable television and the only channel that existed was Doordarshan. The first television sets were black and white. My sister and I used to watch the program Chitrahaar, a program screening melodious songs every Wednesday at a neighbor’s place. Come Sunday we used to watch the movies in the evening. Living in New Delhi, we used to watch Hindi movies and we loved watching Amitabh Bachchan, Dharmendra, Rajesh Khanna, Sharmila Tagore and other popular actors of those times. I remember watching yesteryear hits like “Resham ki dori” and “Mera Gaon Mera Desh”. The morning show used to be an old English hit serial called the ‘Three Stooges’. It was a comedy that used to make us roar with laughter.

I still remember the day when my father came home one fine evening and announced smiling: “I have ordered a television set”. All of us were simply thrilled. My father smiled at us and made me and my sister promise solemnly that we would not neglect our studies. The first television set to arrive at our house was of a brand called Beltek recommended by one of my father’s friends. I still remember the day the people from the television company came to install it. Our apartment was on the ground floor and those days there were no dishes or cable television. A thin black wire used to connect the television set to an antenna fitted in the terrace. If the picture was hazy or unclear we had to change the direction of the antenna manually.

Our television set arrived on a Saturday morning and our family eagerly waited through the day as the programs used to start at 6.00 PM in the evening those days. Our television set had a shutter and this used to be a matter of special pride for me and my sister as our friends sets did not have one. At 6 PM we promptly switched on the television and I still remember the thrill as I heard the presenter’s voice saying “Doodrdarshan kendra me aap sabka swagath hai…”. Saturdays used to be the day for regional language movies and my mother used to love watching the occasional Tamil movie that was screened.

The news programs used to be my father’s favorite. He never missed the English news at 9.30 PM. As I grew up I too picked up a taste for the news and I vividly remember some of my favorite news readers like Rini Simon, Minu Talwar, Sunit Tandon and Tejeshwar Singh. After I joined college the black and white television screens gradually gave way to colored ones. The first television set with a colored screen that my father purchased was a Videocon set. In our hostel in Varanasi where I studied, we used to watch some very good programs, like body-line, based on the 1932 cricket series between England and Australia.

With the advent of cable television and dishes, came a profusion of channels. When I tell my ten year old daughter who never misses her favorite programs on Pogo and Cartoon Network that when I was her age I did not have the privilege of watching TV, she looks at me in wonder and asks me how I managed to live without it. We now have a forty two inch LG set at home but I still remember that old Beltek set in which I watched my first programs.

4 Thoughts to “Television Thirty-Five Years Back”