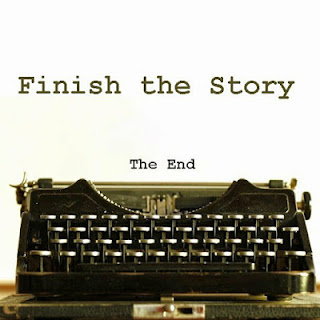 The Emperor had summoned his Knights..and they had answered his summons. They knew that it was a matter of great importance. They waited patiently as their Emperor began to address them. Each knight stood at attention with his posse of soldiers standing behind him. The emperor in addition to the knights had also told them to bring their soldiers along to listen to him. He looked at his army and addressed them in his thunderous baritone.
‘Soldiers of the Black Kingdom, listen carefully to what I have to say. Our kingdom has been subjugated by the Red Kingdom for centuries. We have been exploited, brutalised and ill-treated. We toil hard for days and nights and the fruits our labour are handed over to the Red Kingdom leaving us a bare pittance for our subsistence. We have to follow the laws made for us by the king of the Reds. Our people are made to work as slaves in the Red Kingdom.
Sometimes the armies of the Red Kingdom attack us suddenly when they suspect us of doing something against the laws they have laid down for us. Our children are kidnapped at night. For centuries we have been living under the authoritarian regime of the Reds. Ask yourselves the question, when are we ever going to rebel against this oppression by the Reds? Are we so cowardly that we do not have the courage to protect our women and children? Are we too meek to rebel? If so, I ask you, are our lives worth living?’
The Emperor paused and looked around at his knights and soldiers. He had the rapt attention of each one of them.
He continued, ‘This has to stop. At some point, we need to say, enough is enough and we will take our rightful place on this planet. I ask you to give me blood. In return, you will live a free life. No more obeying laws laid down by an outsider. We will flourish in unity. Now some of you might be wondering how are we ever going to fight the ferocious and mighty Reds. Do we have the courage? To that, I have only one thing to say. We fight for our freedom and shed a lot of blood today.

Yes, lives will be lost. But your names will go down in history as the first lot who had the courage to rise against an oppressor of unimaginable might. Your names will be written in Golden letters in the annals of history. For generations to come your names will be taken with awesome respect. I agree many of us are going to a sure death. But if at the end of it all, even a pyrrhic victory would be a resounding slap on the face of an oppressor who has left no stone unturned to humiliate, bruise and brutalise us for ages. So my men look into your hearts. Think of what I have said. You will find the courage. Now tell me, are you willing to set off with me on this holy war with the Reds?’
Each one of the knights and their soldiers held their antennae together in supplication to the emperor. And thus broke out the first world war of liberation between the black ants of the world and the red ants who had been subjugating them for centuries.

Author’s Note: Written for the prompt given by Nideesh Samant. Read more here about Finish the story collaboration.
JaiNovember 27, 2018June 10, 2021