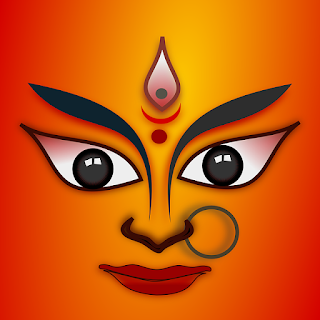 Indian mythology is very rich and vibrant. There are many deities and divine personalities who are a part of Hindu mythology and are considered to have an ideal character. We would all like our children to emulate such divine characteristics. In the Hindu faith there are millions of gods and goddesses with a plethora of names. Hindu deities are highly venerated in India and anything associated with them is considered a blessing – be it a name, festival or hymn. Hindus believe that naming a girl child after a Hindu deity would help her acquire the deity’s qualities gradually as she grows up. This may or may not be a fact, but a meaningful name can definitely inspire a child positively forever.

How Do Deity Names Inspire Us?

It’s not an easy task to understand the Hindu pantheon. There are more than 330 million deities in Hindu mythology and each one of them has unique characteristics. No matter how technologically advanced or innovative we may become; we can’t overlook our magnificent origin. In the Hindu faith, gods and goddesses symbolize ideal character traits like sacrifice, power, courage, truthfulness, honesty and so on which undoubtedly keep inspiring us in every walk of life.

Laxmi – Goddess Laxmi is the symbol of wealth, beauty and prosperity. Be it a commercial place or a home – goddess Laxmi is always worshiped by Hindus to make life prosperous and happy. The goddess is represented by an idol having four hands in Hindu mythology. The four hands symbolize Dharma, Artha, Kama and Moksha. When a girl child is born, the parents want her to acquire the qualities of Goddess Laxmi and bring good luck not only to her own home but also to her in-laws home where she spends her life after marriage.

Saraswati – The wisdom of Goddess Saraswati symbolizes art, music and knowledge. According to Hindu mythology, Goddess Saraswati was created out of the the creator Brahma’s body in order to deposit all his creative intelligence. She is also the goddess of speech and hence sometimes she is called ‘Vak Devi’. Goddess Gayatri is another form of Saraswati and represents the female half of Brahma. The goddess holds a Veena symbolizing arts and music and the palm leaf symbolizes wisdom and knowledge.

Durga – Goddess Durga is the symbol of courage, power, positivity and other divine forces. She represents an independent and confident woman who has the strength to overcome all the odds she may face in society. She is one of the most worshiped and powerful goddesses in the Hindu faith. Goddess Durga has characteristics received from various goddesses and hence she is supposed to have an all-round personality and her name is considered ideal for baby girls.

In Hindu culture, devotion towards a specific deity is shown by chanting hymns and arranging spiritual events at home and office. Naming a child after a deity is also a great way to pay tribute to that god or goddess and ask for the their blessing for the prosperous life of the child. Indian parents always want children to follow a righteous path in life and stay away from all evil. Names of Hindu goddesses are of Sanskrit origin and are very unique and beautiful. Off late Indian parents have started preferring uncommon names for their children. The Sahasranam is a very good sources of Sanskrit names of Hindu goddesses.

Sapana is a Mommy Blogger and WAHM. She likes to share tips on parenting and also enjoys making lists of unique Sanskrit names.