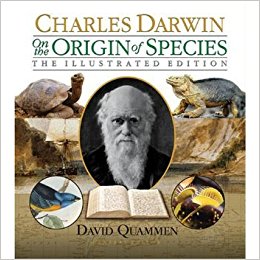 Did an Intelligent designer create the abundance of life forms that we see around us or should we believe Darwin and his theory of evolution? This question has been plaguing human beings ever since Charles Darwin published his book “The Origin Of Species” in the mid-nineteenth century. Before Darwin came up with his theory of evolution, the church exerted enormous control over the ideas that influenced men. Intelligent design was the accepted and predominant theory. In this article I am going to present arguments in favor of both theories and leave it to the reader to make up his mind as to which theory is more plausible.

First let us try to understand the two theories one by one. Let us deal with intelligent design first. The theory that some designer must have been responsible for designing the complex organisms around us is known as the intelligent design theory or creationism. This theory has been prevalent since ancient times. The most powerful arguments in favor of this theory were given by men like Joseph Butler, William Paley and it is also mentioned by Jean Jacques Rousseau. 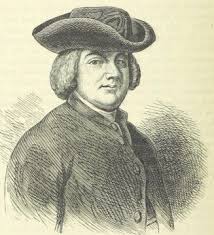 In fact Darwin himself was deeply impressed by the watch-maker analogy. This leads us to the theory if evolution and survival of the fittest or what is commonly known as Darwinism or Darwin’s theory. What is evolution? It is the process of organisms evolving from the simplest single celled being to the ultimately complex forms of life we see around us. This is a process that has taken millions of years and the driving force behind this process is what Darwin termed as natural selection.

Let us put natural selection in perspective with a simple example. Giraffes are extremely tall animals. There must have been a time when these animals were not so tall. Giraffes are herbivorous and depend on plants for food. They eat leaves. By a diktat of nature, there must have been a period in the past when short plants were a scarcity. Because of this the animals that could survive were the ones that had long necks and could reach out to greater heights to the branches of tall trees. Those who could survive had longer necks and they reproduced and had offspring that had extremely long necks and were consequently tall. The shorter ones perished and could not produce progeny. Hence a short animal which was the ancestor of the Giraffe evolved into the long necked Giraffe.

There is no dearth of examples for natural selection. In fact Richard Dawkins in his famous book “The Ancestor’s Tale: A Pilgrimage to the Dawn of Evolution” traces the evolution of human beings from the complex organisms we are today back through millions of years. Now let us look at where these two theories, intelligent design and the theory of evolution intersect. This takes us back to the very first organism that came into being. This would be a single celled organism that had the capacity to reproduce or to make it even more simple it would have been the first molecule that had the capacity to replicate.

What molecule is this? This is the building block of all life namely the Deoxyribose Nucleic Acid or the DNA molecule. And in the beginning it would have been an extremely simple molecule. How did this molecule get created? Was it by chance or was it designed by someone? If we can answer this question then we will find an answer to the question “Is there an intelligent designer at work or is evolution the answer ?” Darwinian scientists, needless to say argue that this happened by chance. That is, nature just happened to hit upon the formula to create this molecule by accident.

How feasible is this? Richard Dawkins, a renowned Darwinian gives several arguments in favor of this. The presence of water in abundance in our planet and the phenomenal multitude of dynamic processes, definitely present a possibility that this could have happened arbitrarily. The first replicating molecules are supposed to have come into existence in the depths of the ocean. I remember reading in grade school that these were called Coacervates. This molecule is supposed to have been formed in the depths of oceans in the early days of our planet’s existence when it was being bombarded by all kinds of radiation from the sun. Most scientists today hold the opinion that this is indeed the case.

The idea of course is staunchly contested. In fact I have read about a couple of Nobel laureates who are Darwin skeptics. The renowned Nobel prize winning physicist Fred Hoyle is one of them. He says the formation of a single celled organism by chance is like expecting a tornado sweeping through a junk-yard and assembling a Boeing 747 from the materials there-in.

Similarly another Nobel Laureate Werner Arber goes on to state

“Although a biologist, I must confess I do not understand how life came about…. I consider that life only starts at the level of a functional cell. The most primitive cells may require at least several hundred different specific biological macro-molecules. How such already quite complex structures may have come together, remains a mystery to me. The possibility of the existence of a Creator, of God, represents to me a satisfactory solution to this problem.”

We simply do not have an answer to the question. Till someone synthesizes a replicating DNA molecule in the laboratory or establishes that there is an intelligent designer, the answer to the origin of life will remain a mystery. I leave the reader of this article to draw his own conclusions.