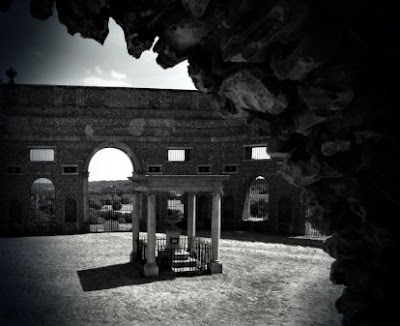 I looked up at the ceiling of the dark dungeon in which I was being held. I thought of my beloved Princess Saira. My mind conjured up the image of her lovely face in the canvas of my imagination. Earlier, in our meetings in darkened rooms at remote corners of the kingdom, Princess Saira had often asked me to bolster my courage and ask the emperor for her hand in marriage. Initially, I had not dared to do so. I was a commoner and a man belonging to a different religion. How could I face the high and mighty emperor and ask for the royal princess’ hand in marriage?
Finally, Saira had lost her patience completely. She had told me in no uncertain terms that I was a coward. I did not have the courage to fight for my convictions. What was the point in loving a person if you do not have the temerity to fight for your love, she had asked. Finally, she had stopped meeting me altogether. That was when I realised what Saira meant to me. I also heard that the emperor was in search of a suitable groom for Princess Saira.
Other princes from adjoining kingdoms were being considered for the royal union. As was the wont of royalty, Princess Saira would be married off to suit the kingdom’s political necessities. It was last Wednesday when I had received a message from Saira. There was just one sentence in the message. It simply said:
‘If you can bear to watch me in the arms of another man, so be it.’
Her familiar writing and the scented royal tablet in which the missive arrived had sent my heart racing. The next morning I had set out to the royal palace and asked to meet the emperor. I met him in the royal hall at the appointed time, surrounded by courtiers seated in their royal thrones.
The emperor had looked at me and asked, ‘What do you want, my man? Tell me without any fear or trepidation.’
I walked up to him, bent down, took his hand in mine and said, ‘I want Princess Saira’s hand in marriage, your highness, for I love her.’
The emperor and the courtiers looked shocked. The emperor shouted, ‘Guards, arrest this man. And have him beheaded tomorrow in public view of all the people in the kingdom. That would serve as a lesson to anyone else who dares to come up with such a request.’
And thus it came about that I was waiting in this dungeon that night for dawn to arrive. How many more hours did I have? One? Two? But I was happy. I had dared to do something most men would not have had the courage to attempt. I had declared my undying love for Princess Saira and the entire kingdom would see me die for my love. I had proved to my beloved Saira that I was not a coward. At least, after my death, she would have kind thoughts about me, no matter which magnificent knight in shining armour she got married to.
Suddenly the hallway outside my cell lit up and  I could hear approaching footsteps. Two guards came walking along and stood outside my cell. One of them took a key out of his pocket and opened the door of my cell. He said, ‘Come with us. You will be prepared for the execution now.’
I felt elated. To die for love gives one an exhilarating feeling indeed. I was marched out of my cell and through several underground passageways. We finally walked into the large open outer courtyard of the royal prison. I looked at the centre of the courtyard where there was a small structure with three steps leading up to a spire on which was placed a flower vase. I thought of my beautiful Saira singing and dancing on those steps. It made me feel elated. I welcomed death happily. As soon as we were outside the prison gates, I was made to climb into a carriage. Soon the carriage began to move. Finally, after half an hour the guard opened the carriage door and bid me step out.
I stepped out through the door. And immediately Saira rushed into my arms and kissed me all over my face with feverish passion. She was in tears. A little distance away, a beaming emperor stood watching. I looked at Saira and the emperor bewildered. Finally, the emperor patted me on the shoulder and said, ‘Very few men would have had the courage to ask for my daughter’s hand in marriage the way you did. I appreciate your courage. I would rather see my daughter married off to a courageous commoner than to a royal prince who is not worthy of her. But my man, as you are aware we kings have our facades to maintain.
Rulers in general, have to put up a front. I can never acknowledge you as my son-in-law in front of this snobbish world. But Saira’s happiness is my happiness. She loves you. So I hand her over to you. I know she is in safe hands. Tomorrow, I will have to send my army chasing you all over the kingdom and far afield. This carriage will take you far away from my kingdom to some place where the two of you can lose yourselves. May God be with you.’
So saying, he turned around to leave us. I walked up to him, took his hand in mine kissed it and said, ‘Your Highness, you are truly a great king. You will always be my emperor.’ He smiled, waved his hand and walked away. I looked down at Saira. We climbed into the carriage and were driven away to face our destiny.

Authors Note: This piece has been written in response to Sue Vincent’s Thursday Photo Prompt #writephoto
JaiNovember 22, 2018May 9, 2019

3 Thoughts to “You will always be my emperor – #writephoto Shadows”