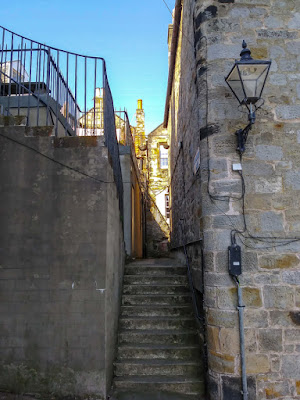 Soapy climbed down the steps and reached the junction box. He had to open the box and get the Hiknoor diamond left inside by Johnny. Inspector Lazarus had captured all the members of the gang including Johnny. Soapy knew Lazarus was hunting for him. Lazarus could not hold the gang for long unless he was able to gather direct evidence linking them to the theft.  If he managed that, it could mean twenty years behind bars for Soapy and his gang. Soapy pulled out a toolkit from his pocket and set to work on the junction box.
He opened the box finally. He looked inside. Suddenly he saw the diamond glowing brightly between the wires. He put his hands inside and parted the wires. Suddenly the lamp above his head glowed brightly as the circuit got completed. There was a commotion and Inspector Lazarus came running with a gun in his hand. He grinned and said, ‘Caught you red-handed, Soapy. You should know how to handle a junction box. You would have made a poor electrician. I have been hunting everywhere for you.  Put your hands up and march. This will keep you out of mischief for a long time.’
No of words: 200
Photo Credits: John Brand
Author’s Note: This post has been written in response to the Sunday Photo Fiction Prompt hosted by Susan. Find the other entries here.
JaiOctober 10, 2018May 9, 2019