Skip to content
Short Stories
Played For A Sucker 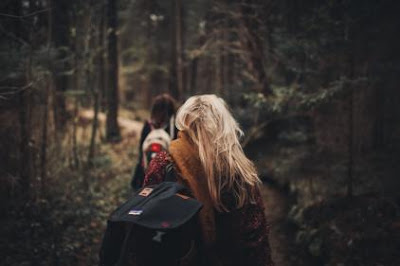 It was a bright, cold day in April. Sophie and I made our way along the dirt path to the shack where we had been meeting for the last six months secretively. We carried picnic bags. We wanted to spend one last day together. We made love on the floor of the shack.
‘Oh! John, I just cannot wait for the day when we can be together forever.’ Sophie said after ten minutes.
‘Give it time darling.’ I said. ‘I am sure she will die soon.’
‘You have been telling me that for a long time,’ said Sophie.
‘She is in the hospital now. We just have to wait.’ I said.
‘Okay,’ said Sophie with a grimace.
It was a year ago that I had married Kathy, my boss, who was twenty years my senior. Kathy was an ill-tempered, ruthless woman. She controlled the Madison financial empire with an iron hand. The first time I had met her was at the time she had interviewed me for the post of her secretary. She had asked me just two questions.
‘Are you ethical?’
I had replied with a straight face, ‘within the normal constraints of everyday life, yes.’
‘Do you believe in marriage?’ was her second question.
I again replied with a straight face. ‘No.’
I was dismissed and told to wait in the hall. Within twenty minutes I had the appointment letter in my hands and I was secretary to one of the most powerful businesswomen in India. Kathy was an ill-tempered woman who rode rough-shod over all her employees. No amount of efficiency was good enough for her. Soon I got dog-tired of being ordered about.
After six months of constant torture, something snapped in my mind. It was 8 PM on a Saturday evening and I was sitting in Kathy’s office listening to her. She reeled off everything I was to be ready with, that Monday. Suddenly I went berserk. I stood up, walked over and banged my hands on her table. I pulled her out of her chair, held her in an iron grip and said, ‘You vixen, I give the orders from now on. I am simply tired and fed up of you yelling at me. Next time you order me about I will shut you up once and for all.’
To my surprise, she looked up at me coyly and said, ‘Oh John, thank you for that. I needed that badly. Are you free tomorrow?’ I was shell-shocked. This was the last reaction I had expected. That was when I should have walked out. But I didn’t. I liked the thought of living off Kathy’s money.
We had a whirlwind courtship and were soon married. Kathy was as bossy at home as she was at the office. It was always, ‘John, do this’ and ‘John do that.’ That was when I met Sophie at a bar. One evening when I was drinking down my woes, Sophie had sidled up to me and said, ‘How about buying a lonely girl a drink?’
I had acquiesced, and we had made love in one of those murky hotel rooms where no questions were asked. It was three months later that Sophie had suggested we get rid of Kathy. The modus operandi was also hers. Sophie was a reader of crime thrillers. She had learned that one of the means of bringing about slow death was by making a person ingest small quantities of Arsenic over a period.
I had gleefully agreed to Sophie’s scheme and began adding Arsenic to Kathy’s Coffee daily. For the first three months, nothing happened. But as time went by Kathy’s health deteriorated. It was seven months now and she was in the hospital with organic failure. We were just leaving the shack when my phone rang. The doctor at the other end said, ‘Mr. John Richardson, your wife is no more.’  I made the necessary noises and parted with Sophie. In a day Kathy was buried. As the husband of the deceased, Kathy’s vast financial empire passed into my hands.
Six months later I married Sophie. We lived in Kathy’s huge villa and looked forward to our life together. Then it happened. It was a Saturday evening and it was pure chance that I had come home early. I parked my car in the garage and entered the front door of our villa. I could hear Sophie speaking on the phone in our bedroom. I stood electrified. Her voice came through clearly. ‘Oh Richard, darling,’ she said, ‘I have been giving him the stuff every day in his Coffee. Don’t worry, it will happen soon.’
JaiOctober 22, 2018May 9, 2019 One Thought to “Played For A Sucker”