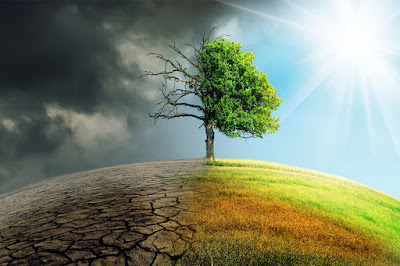 Commander Wilhelm Maritz looked apprehensively at the huge ball of fire staring at him from the computer screen. His submarine was 500 feet below sea-level and this object seemed to be at a depth of 2000 feet. He was intrigued. The object looked exactly like the setting sun seen in the deserts of Arizona. The only difference was it was shining from the depths of the ocean. The members of his submarine crew watched the screen standing behind the commander.

Should he dive deeper to get a closer look? Commander Maritz decided he would. He had to get to the bottom of this phenomenon. He took the submarine to a depth of 900 feet. Suddenly the ball of fire seen in the computer screen dissolved to be replaced by something startling. There was a small chair and seated on it was a human skeleton. Suddenly the skeleton’s lips moved, and it spoke. All the men in the room were startled. A voice came over the public-address system of the submarine.
‘Listen carefully to what I have to say, creatures of the biosphere,’ said the voice.
‘Who… Who are you?’ stammered Commander Maritz.
‘I am coming to that. Listen carefully for I want you to convey my message to your high command. We are a civilization that is much more advanced than you creatures of the biosphere. We are adapted to living anywhere on this wonderful planet. We live in the depths of the oceans and our network exists all over the globe. You are not aware that we exist. We were the first creatures that originated on mother earth. We are not a product of Darwinian evolution. Our origins are different.
We have been watching the process of Darwinian evolution for a long time. We witnessed what you call the first living cell being thrown together by an accident of mother nature’s.We saw this cell multiply and evolve. We let things be because we do not believe in interfering with mother nature. We witnessed the process of evolution over billions of years. We saw your transformation from asexual to a bisexual mode of reproduction. We saw the first aquatic creatures which evolution engendered, flourish in the depths of the oceans and seas.
We witnessed amphibians evolve from fishes. And terrestrial animals from amphibians. We have seen dinosaurs evolve and then become extinct 65 million years ago. We have seen your very first ancestor who stood erect and walked on his two legs in Africa 2.5 million years ago. We have seen you evolve into bountifully endowed Homo Sapiens.
Your evolution was of immense interest to us.  We saw you invent the wheel and learn to make fire. One characteristic of yours that alarmed us was your tendency to self-destruct. We saw you fight with spears, sticks, stones and everything you could lay your hands on. We saw you invent religions and make advances in science. But your religious wars, your torturous methods of executing your enemies, your absolute disregard of the female members of your lot were all a matter of concern to us.
We still continued with our policy of non-interference. But tonight, let me tell you, Commander Wilhelm Maritz, we have reached a point where your activities have started threatening even our survival. In the last three hundred years, you have surpassed yourself in devising means of destroying everyone and everything around you. You are constantly at war. You pollute everything  around you.  Every river, every lake, and every pond. You are indulging in massive deforestation. You are polluting the atmosphere with toxic smoke from your innumerable industries because of which the whole atmosphere is heating up.
The pollutants from your vehicles, airplanes and your industrial waste are slowly encroaching upon even our civilization deep down at the bottom of the ocean. Glaciers that keep rivers flowing are melting. We are fast approaching a point where you are threatening even our survival. The Ozone layer which protects this planet from the harmful rays of the Sun is now poked with holes.
At the beginning of the conversation, you asked me who I am. I am not the skeleton you see on the screen. I am just speaking through its mouth. Let me tell you we have the ability to peek a little into the future by using our advanced technology. We looked into your future at a point 150 years from now. And we found that the lifeless skeleton you see is all that will be left of you and your lot. In other words, you will be extinct within a couple of centuries.
Our council has told me to give you this message for your high command. For once we have decided to go against out policy of non-interference with nature and take things into our own hands. We are slowly planning to forcefully suck all homo-sapiens into the depths of the oceans where we live. You will live with us under our guidance and obey us in all aspects of life. In short, you will be our slaves. We have realized that you do not have the responsibility to use your immense powers with caution.
But as a last-ditch effort, we have decided to give you another 25 years to mend your ways. Choose wisely, what would you like to do? Live as slaves under our control or mend your ways even though it may be very difficult?’
JaiOctober 5, 2018May 9, 2019

One Thought to “Choose Wisely What Would You Like To Do?”