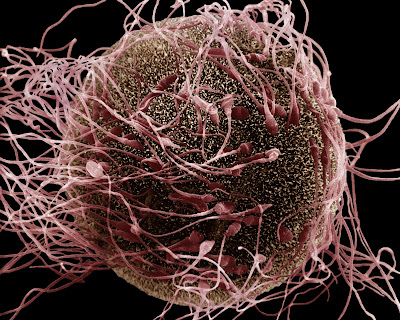 Eckhart Tomlinson the owner of the multi-billion-dollar Tomlinson Broadcasting Service looked at the globe resting on his table in puzzlement. He always prided himself that his agency was the first to get the news from any corner of the world. He kept track of everything that was going on in the world of news. The globe on his desk was a scientific marvel that he used to keep himself up to date with the world of news. Whenever any member of his vast workforce detected a major story at any place in the world they would immediately press a button on a hand-held device.
The globe was electronically controlled and picked up signals from his men’s devices which were conveyed through a network of satellites and immediately the concerned spot on the globe on Tomlinson’s desk would glow with a bright white fluorescence. Two minutes back there had been a beep and the left and right corners of the globe on his desk had started glowing. Eckhart was puzzled. Within another two minutes, the top and bottom points on the globe also started glowing. Suddenly four radiant lines of yellow light stretched inward from the four glowing points of the globe and met at the inner centre.
A beautiful child’s face full of feminine charm originated at the centre and slowly expanded to occupy the entire space of the globe finally transforming the globe into the head of a lovely young woman. Eckhart looked at the face startled. The face addressed him in a rich musical feminine voice.
‘Good morning earthling, I bring wishes from the great Zion galaxy 8 billion light-years away from your planet. We have taken control of your satellite stations for a little time. I am happy to state that at the moment this message is being beamed to every news station covering the four corners of the world. We are the inter-galactic council of the universe monitoring the social behaviour patterns of the various life-forms in the planets. We make regular visits to all the planets with life-forms in the universe at intervals of a thousand years.
We keep a check on the well-being and the improvement in the social structures, social responsibility and social equality among the members of the various life-forms living in the planets. We wish to convey a message to all the male species of homo-sapiens in this planet. Initially, life on this planet was multiplying by asexual means of reproduction. But after some time, you evolved and indulged in bisexual reproduction. We have observed you in each one of our visits. In each subsequent visit, we found that the male members of your sex have brutally exploited the life-nurturing female members of your society.
We are very sorry to state that the happiness and the well-being of the fairer sex has been grossly ignored by the males. We find that the male members of the society lay down the law for the females. Brutal rapes, killing, and exploitation of women have reached alarming levels. In short, the male members of your society seem to have a very chauvinistic attitude towards the opposite sex. You ill-treat your women. We find that women are sold for sexual pleasure among men. The state of women in some of the more primitive societies among your lot is deplorable.
On our last visit, we found that in some places the female members were owned by men and bartered as sex slaves. In many corners of the world, women were burnt alive in the funeral pyres of their mates. In every sphere of activity, the male members take advantage of the females. Their intellectual capacities are not allowed to develop in the more primitive societies of your planet. Even women’s movements and the clothes they wear seem to be decided by the males in some of your societies.
In some places, you have a strange system called dowry wherein the male’s family has to be paid vast sums of money before the mating ritual you perform called marriage. An inability to rise to this obligation of paying large sums of money ends with the woman in question being burnt alive. In some cases, women are not even allowed to show their faces on the streets of your cities. In yet other places, you do not allow them to drive the primitive vehicles you use called cars. You do not allow your women to enter some of your holy places.

Taking all these things into consideration our council has taken a decision. We will give you another twenty-five years’ time. If the male members of your society do not change their ways and learn to treat women with the respect and care they deserve and on par with themselves, we will use our advanced genetic engineering technology to forcefully change the means of reproduction of the life forms of this planet to the primitive asexual method. What say, mate?’
JaiOctober 8, 2018May 9, 2019