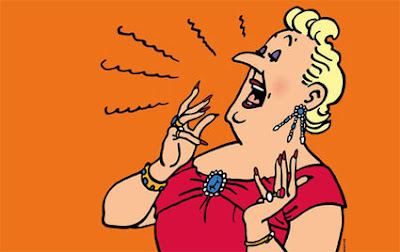 The year was 2045 AD. Captain Remington Haddock looked into the screen of his sonic boom communications computer and sighed. He had been cut-off from earth without any means of communication for the past two days. The sonic boom computer had suddenly conked out two days back and he was deserted in this vast universe in his spaceship.
Thankfully, the instruments meant for navigation were still intact, but he was running short of fuel because of a leak in one of the jet engines. He did not have enough fuel to reach earth intact. He had managed to clog the hole in the engine to prevent further loss of fuel. But his spaceship would probably collapse long before he could even get halfway to earth.
Normally he would have ordered the fuel through the sonic boom computer and it would have been uploaded to his ship, sent across space as small dissembled particles through the FTCAS (Fuel Transport Channels Across Space). He needed to somehow power up the engine. Any form of energy was okay. If only DinDin had been here he would have thought up of a solution in moments.
But DinDin was probably in some other part of the universe busy with an adventure of his own. He thought of his great-grandfather Archibald Haddock the sea-faring captain and his close friend the reporter TinTin. DinDin was to Captain Remington Haddock what TinTin had been to Captain Archibald Haddock. Suddenly Remington thought of an idea and smacked his fist into his palm.
‘Gosh, why didn’t I think of that earlier?’ He said to himself. ‘Any form of energy would do to power up the engine, right? Then why not sound?’
He went to his cabin and rummaged through his personal belongings and pulled out an old sound recording which he had preserved for years. He put it into a sound player and connected it up to the misfiring engine. He switched on the sound system. Suddenly the engine room was filled with the loud, shrill and piercing voice of the yesteryears opera sensation the Milanese Nightingale Bianca Castafiore’s rendition of the Jewel Song from Faust.
‘Ahh, My Beauty Past Compare… These Jewels Bright I Wear… Tell Me Mirror… Was I Ever Marguerite…’

The loud high decibel voice of Bianca Castafiore filled the engine room. Remington Haddock stuffed some cotton into his ears hurriedly and grinned to himself, ‘That amount of sound energy should be enough for him to reach earth and then some more…’

Author’s Note: I am participating in the #SuperBloggerAcademy linky party by Healthwealthbridge Dr. Amrita and allaboutthewoman Dr. Bushra
JaiSeptember 8, 2018May 9, 2019