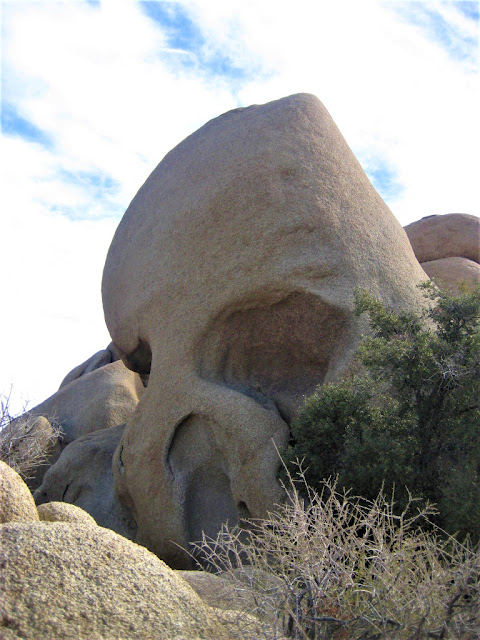 The world-famous anthropologist Harold Wilson clambered up the rocky cliff in anticipation of when and where he would discover exact evidence for his theory of human origin. He had worked on his theory for twenty-five years. He looked at the rocks around him. He noticed one particular rock with a gaping hole in it. He climbed up to the hole. It was cavernous enough for him to be able to stand erect in it.
He stepped into the hole and walked some distance. Somehow, he got a strange feeling he was stepping on bones. After examining the hole in the rock for some time he stepped out and tapped the surface of the rock with his hammer. It sounded hollow. He stepped away from the rock and surveyed it from some distance. Then he realized the obvious with shock. This whole rock was a huge skull. He could make out the shape clearly.
The next day the headlines screamed…
‘Overwhelming evidence has been found in a sub-Saharan desert that contrary to the theory of Darwinian evolution, human beings could have most probably originated from giant sized aliens nearly forty feet tall who arrived on earth in the early Neolithic period…’
No of Words: 200
Photo Credit: Joy Pixley
Note:  This post has been published in response to the Sunday photo fiction prompt provided by Susan.

Author’s Note: I am participating in the #SuperBloggerAcademy linky party by Healthwealthbridge Dr. Amrita and allaboutthewoman Dr. Bushra
JaiJuly 29, 2018May 9, 2019 4 Thoughts to “The Alien Origin”