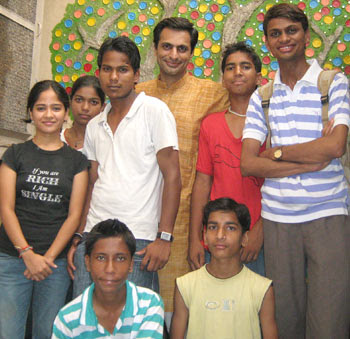 Ravi Gulati With Some of His Students 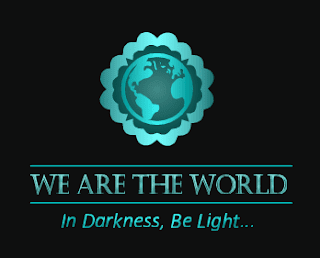 My bad! here I am, late again for the regular #WATWB post. But as I always say, what are our lives worth if we can’t spend some time spreading a few inspirational stories around and bringing a bit of cheer into the lives of fellow human beings? So here goes. Today I am bringing you the story of Ravi Gulati an IIM Ahmedabad alumnus who gave up a jet-set corporate career in Canada eight months after he took it up and made it his life’s work to teach poor and under privileged children.

Along with his mother and Dr.Geeta Chopra he has set up his NGO Manzil to teach the under privileged children of drivers, barbers and the poorest of the poor. The Manzil head-quarters is situated in the middle of the trendy shops of the bustling Khan market in New Delhi. The address is 13, Khan Market, New Delhi and if you enter this place you will find children of various ages and if you ask them who is in charge they will tell you ‘Ravi Bhaiya’.
After a post-graduate degree in business management Ravi found that his corporate job did not provide him the satisfaction he yearned for. This made him introspect about what he really wanted to do with his life. He actually wanted to work in a village, but continued in the city because two poor children needed tuition from him.
Soon he found himself teaching scores of children from the lower economic strata of the society. These were children of barbers, electricians,  maids and other such people. He suddenly realised this is what he wanted to do in life. Soon in 1996, he, along with his mother Indira and a family friend Dr. Geeta Chopra founded the NGO Manzil. Ravi’s mother had been working for thirty years with mentally challenged children.
Ravi says, ‘I have not made any sacrifice, I am not doing anyone a favour. I am doing what I want to do.’ This aptly sums up things because Ravi’s work has benefited scores of children in the capital.
You can read about the inspirational story of Ravi Gulati in the following links.
Ravi Gulati’s quest in life
The Man Behind Manzil: Ravi Gulati
Wikipedia Article On Ravi Gulati
JaiJune 11, 2018May 9, 2019