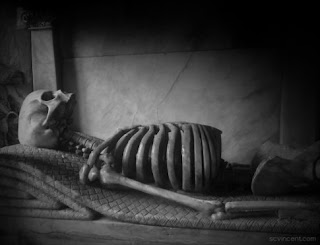 Captain Rockfort Gulliver steered his spacecraft to avoid hitting a passing meteorite. This was the 14th month since he had left earth in search of another planet for mankind to thrive in. The sole survivors of the resplendent earth; where mankind had thrived for millions of years, was soon about to disintegrate, thanks to man’s inherent tendency to self-destruct. They had survived forty world wars, but no one had expected the maniacal dictator Heron Wi Jian to plan the entire disintegration of earth when his army had been defeated.
The day Heron Wi Jian’s armies had perished, the maniacal dictator had transmitted a message to all humankind. ‘I might be gone but pray for your souls for I shall not die in vain,’ he had said, ‘From today onwards, each month a part of this planet will erupt in lava. I have set liquid lava bombs covering all parts of the earth. This planet will be rendered inhospitable in fifteen months. So, do not celebrate humans! My soul will not rest in peace till all of you perish.’ So, saying the dictator had ended his life.

Captain Rockfort Gulliver still shuddered at the thought of the mass genocide that Heron had orchestrated and the skeletons he had seen neatly laid down in house after house in the aftermath of the war. Precision killing, it was called. The effect of a bomb which rendered a person lifeless and stripped him off all the flesh from his body, leaving no other telltale signs of an attack.
When captain Rockfort had left earth, he had exactly fifteen months time to find a new planet for man to inhabit. It was now fourteen months past and Captain Rockfort had traveled to far corners of the universe to find an oxygenated planet. His quest had been in vain. Rockfort thought of his wife and five-year-old daughter who were waiting for him. He had kept in touch with the earth and spoken to them every day. There were 365 thousand survivors left on earth and all of them were huddled in the Isonova group of Islands in the Pacific Ocean. These were the sole surviving members of a glorious and thriving civilization. All efforts to deactivate the lava bombs set off by Heron had failed and true to his words the past fourteen months had seen the destruction of ninety-two percent of the earth.
Captain Rockfort shifted into the FTL (Faster Than Light) drive and peered through the space periscope. Suddenly he stiffened. What was that blue colored leaf-like thing he could see on the planet next to Andromeda? It looked like a gigantic feather. Was it a habitable planet? Should he try to land and explore? It was a risk but Rockfort Gulliver had no choice. He was mankind’s last hope. He reduced speed, inverted his spacecraft and gently landed on the planet. He tried to land as close to the feather-like object as possible. 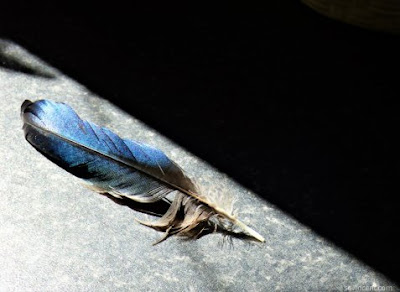 He wore his space suit and set the retractable ladder in position. He waited with bated breath as the outer door swung open gently. He stepped through the door and slowly made his way down the ladder. He stepped on the ground and took a few steps towards the object he had seen. He drew his breath in sharply. Yes, he had been right. It was a gigantic feather. It looked like it belonged to a peacock. A giant peacock. Suddenly he heard a sound in the distance. Then he saw it. A fifteen-foot-tall peacock fluttering some hundred feet away. Captain Rockfort was awestruck by the giant bird.  Still further, a long distance away, a huge man some twenty-five-foot tall was walking slowly away from him. There were other giant men walking along with him.
Fortunately, no one had seen Rockfort yet. Rockfort Gulliver realized these men were human beings. Giants. Probably all the animals on this planet were also gigantic like the peacock. Captain Rockfort then decided to take the ultimate risk. He had to be sure if this was an Oxygen rich planet before reporting to earth. Suddenly he simply turned off his Oxygen supply and removed his face mask. A gentle breeze caressed his cheeks.
With no further delay Rockfort Gulliver climbed back into his spacecraft and after preparing for take-off he set the auto-pilot on course to earth in TSL (Triple the Speed of Light) mode and contacted earth. Earth came in eagerly and he reported ‘Hi Earth, Captain Rockfort Gulliver reporting! Found an inhabited Oxygen-rich planet near Andromeda! Returning immediately! Make preparations for evacuation!’
Rockfort wanted to relax. Humans will have to find some way to tame these giants who seem to be occupying this planet. On the face of it they did not seem very unfriendly. He needed some reference books on how to tame giants. He entered the virtual library of his spacecraft and selected a book. It described the adventures of his ancestor Lemuel Gulliver three hundred generations removed. The book was titled:
‘Gulliver’s Travels – Part II: A Voyage to Brobdingnag’  by Jonathan Swift One Thought to “The Evacuation – #writephoto”