Skip to content
Book Reviews
Book Review: The Contemplation Of a Joker By Manas Mukul 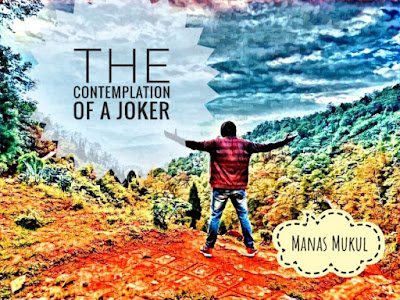 Manas Mukul’s eBook The Contemplation Of a Joker comprises a number of short stories which try to strike a chord in the user by using emotional appeal. The book is written in the first person. The very first story in which a grandfather describes the story of his life set in the forties, fifties, and sixties holds the reader’s interest and is by far the best tale in the entire book.
Another story I was able to relate to is the one in which the author describes his feelings towards his sister with whom he grew up, played with, fought with and with whom he shared his childhood. I could relate to this story because I too have a sister. I could relate to the author’s feelings when his sister left the family to settle in a foreign country just like my sister.
But I was by and large disappointed with many of the other stories. Most of the tales do not depend on plotlines or depth in the story to evoke the reader’s interest. Mostly the author tries to hold the reader’s interest by emotional appeal. But in order to do that one should have a really good turn of phrase and be able to write with a glowing emotional appeal. This is something that is lacking in many of the stories.
And another thing I would like to mention is that the author should have used a good editor to make sure the text is punctuated properly. The names of characters are a bit too informal. Though many people tend to think that names do not matter, names like Paplu and others of a similar nature occurring too often tend to put a reader off. At least I was a bit fed up with repeatedly encountering such names.
Overall, I would like to say that you can read the book if you are the kind of person who likes emotional appeal rather than deep storylines.
Final rating: 3/5
The book can be downloaded here.

You can write to Manas at mukul.manas@gmail.com One Thought to “Book Review: The Contemplation Of a Joker By Manas Mukul”