Skip to content
Fiction
The Spot Without Grass – #Writephoto 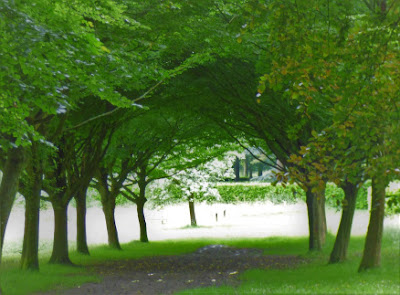 A voice came from the other end sounding terse, ‘Mr. Richard Havenscroft?’
‘Yes, speaking,’ I said.
‘I am afraid I have some bad news for you. Your wife died in a car crash last night.’
Shell-shocked I dropped the phone. Like a man in a dream, I slowly moved through the front door and through the front gate into the lawn. My feet automatically took me towards the pathway lined with the trees. I came to the edge of the pathway. Just like the painting I had seen a few minutes back, there was no grass in the circular spot again. Just above the spot, there was a noose hanging from the branch of a tree. Placed conveniently below it was a small stool. Like a man in a trance, I walked towards the stool.
Written for #writephoto hosted by Sue Vincent
JaiMay 19, 2018May 9, 2019 2 Thoughts to “The Spot Without Grass – #Writephoto”