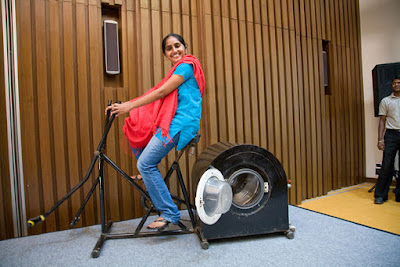 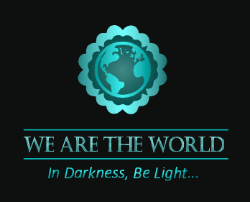 I have been very late in coming up with my #WATWB post this time around due to a lot of other commitments. But what say guys? It is never too late to spread a little bit of inspiration and cheer, right? So here goes. This time around I am going to bring you the story of a fourteen year old who used her necessity as the mother of invention literally speaking, and came up with a unique pedal powered washing machine to wash clothes.
Remya Jose was a mere fourteen when her mother fell seriously ill, and she and her sister had to take over helping with the household chores. Coming from a poor family Jose’s family could not afford an electric washing machine. They had to take their clothes to the nearby river, and hand-wash them. Just think how difficult this would prove to be for those of us who can afford a smart washing machine that not only washes the clothes but also has a dryer to conveniently dry them!
I have washed clothes with my bare hands when I was in college, and when I was a young man. I remember how I used to let out a huge groan every time the clothes accumulated, and I had to head to the bath room to wash them. It used to be one herculean task. Now, of course I have a very fine electric washing machine that does the job for me.
Coming back to the point, instead of grumbling like me Remya Jose decided to do something to ease the burden of washing clothes with bare hands without having to pay a heavy amount for electricity. This was very important as Jose did not want to burden her father with paying out a huge amount of money for electricity. After doing a good amount of research into how electric washing machines work, Jose invented a pedal powered washing machine that does not require electricity.
I will not go too much into the technicalities of the machine. It has an aluminium chamber with a wire cylinder in which you place the laundry to soak in hot soapy water. This cylinder is connected to pedals through a bike chain and you spin the cylinder by pedalling away with your feet. It could do a world of good to a person like me who is over-weight if I use it.
This machine is easier on clothes than the traditional electric washing machines and is very useful for remote villages in India where electric power is still not available. Remya Jose received the national award from the former Indian President Abdul Kalam when she was eighteen and at twenty she applied for a patent for her machine.
She is now twenty and is now employed as a Serial Innovator at the National foundation of India. Kudos to Remya Jose for not cowering under the burden, and instead choosing to innovate and come up with a brilliant solution. Here is the link to her amazing story. Please do read.
This 14-Year-Old Invented a Pedal Powered Washing Machine
JaiMay 9, 2018May 9, 2019