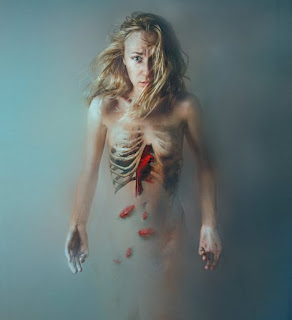 I lay back on my bed with tears in my eyes. I had just come back after cremating my beloved Renu. It had been less than one year since we had married. I remembered the first time I had met Renu. A chirpy young girl with a mischievous gleam in her eyes and a permanent smile on her face. Oh! She was so full of life! Always ready to play a prank on some unsuspecting friend or foe.
Initially, I had been irritated by her chirpy and lively demeanour. She was always up to some trick or the other. But as time went by, I began thawing. From a deep thinking nerd, who took everything in life seriously, I was turned into a fun loving freak by this twenty-year-old who had suddenly come into my life. I remembered the beautiful evening in the famed Rose garden at Bengaluru when she had looked into my eyes and said, ‘You know, I am going to marry you someday.’
‘I am a loner Renu. I don’t think you would enjoy a life with me,’ I had said gently.
Flippant as ever she had dismissed my apprehensions and asked me, ‘Do you want me?’
That was when I realised how deeply I was in love with her. I grinned and replied, ‘There is nothing I want more, but the question is do you really want me?’
‘Don’t you think that is for me to worry about, darling?’ she had asked with a smile.
We got married three months later. Renu was a devoted wife, so much so that she dyed her hair blonde for she knew I was partial to blonde women. Our married life had been a dream. And now, ten months later, she was gone. All the relatives and friends left after making sympathetic noises. And I was left all alone in this world to mourn my beloved.
I tossed and turned for half an hour unable to sleep. Suddenly I heard a mild noise from a corner of the room. I looked up startled to see Renu’s face with a look of concern in it. The same blond hair. The same sharp features. My eyes travelled downwards along her body. She was naked and to my horror, I could see her breasts through her rib cage.
Pecking away at her heart through an opening in the rib cage was a red sparrow. The sparrow’s feathers were falling down slowly. Suddenly Renu’s mouth opened and the words ‘Remember what I told you, darling,’ came wafting across the room.
I woke up with a start, panting. I realised I had been dreaming. No, I told myself. That wasn’t a dream. Renu was trying to convey something to me. What could it be? Suddenly it hit me. It had been nine months back when we had toured the whole of south India on our honeymoon. We had just visited the famed Victoria hall in Madurai and were sitting on a bench outside the gates.
Renu had looked at me pensively and asked, ‘What do you think happens after death?’
I looked at her surprised. This was the first time I had ever heard her broach the topic of death.
‘I guess there is nothingness,’ I had replied.
‘Where did you learn that?’ she asked.
‘Stephen Hawking thought so. He was a genius. He ought to know,’  I replied.
Renu snorted and said vehemently, ‘Well let me tell you he was wrong. Our bodies are repositories for the soul. It is the soul that resides inside each body. Our body is just a bundle of flesh and bones. What is inside you is the same as what is inside me. The soul never dies. It is immortal. It is only the body that is reduced to ash. When we die our soul escapes from our body and soon enters another or attains Godhood.’
I looked at her dubiously. To tell the truth I was stunned. I had never expected this from my Renu who never showed any inclination towards religion. It was a revelation to me that her thoughts went so deep. She grinned at my surprised face and said, ‘Just kidding darling. But keep that in mind. It might come in handy someday.’
I sat up on my bed and sighed. Remembering her words made my heavy heart feel a little less burdened. Even in death, my Renu was by my side. I asked myself, who was right? Stephen Hawking or Renu? I did not know for sure but at that moment I preferred to believe my Renu.
Prompt: Mindlovemisery’s Menagerie, Photo Challenge – #241
Photo Credits: Flora Borsi
JaiMay 16, 2018May 9, 2019