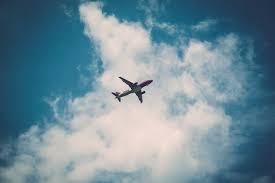 Mat stopped his car on the main street and without getting out looked around carefully. The street lights were on but they were very dim and things were not clearly visible. After 5 minutes of looking around, he finally checked his gun and carefully stepped out of the car into the dimly lit street. The street looked deserted. He walked forward slowly and moved through the by-lanes. The fiddler’s shack was far removed from the other houses in the village as none of the villagers wanted him anywhere near them.
In fact, the little shack was right in the middle of a dump and Mat slowly and carefully walked towards it. He had not switched on his flashlight and the place was dark now for he had left the lit up streets behind. He was not afraid. But he was beginning to feel uneasy. This whole thing was beginning to feel like some kind of a nightmare. His Lachchu’s life was at stake and he had to be careful. He could easily find his way and finally arrived at the dump after ten minutes.
As he waded his way through the filth he was suddenly startled by something soft and furry rubbing itself against his legs. He immediately pulled out his flashlight, switched it on and pointed it downwards. A pair of bright yellow eyes were looking up at him. It was the cat. The fiddler’s cat. The cat bounded forward and meowed and Mat realized he was meant to follow it. He went behind it and soon came to the fiddler’s shack.
He could see a dim light coming through the open door of the shack. Mat entered the shack. He saw the sinister looking old man sitting on a rickety chair. The boy was asleep on the floor. The fiddler pointed to the other chair opposite him silently and bid Mat sit down. Mat quelled the urge to grab the man by the collar and shake all information out of him but he knew this could be counter-productive.
Finally, the fiddler spoke, “I had a dream, yes I had a dream.”

“Did you also place that message on my doorstep?” asked Mat. The old man nodded. “Alright,” said Mat, “My granddaughter’s life is in danger. Tell me what you can and make it quick.”
“Give me time sahib, I am a very old man. Do not hurry me. You are the only man who ever bought me food. I will help you. Yes, yes. But I am old. I am slow,” said the fiddler and Mat nodded and smiled warmly. Obviously, the old fellow was trying to help him. “I will tell you the story sahib. You listen carefully and do not miss anything. When did you buy your house?” asked the old fellow.

“Six years back. I bought it at an auction,” replied Mat. “Do you know it’s history sahib?” asked the fiddler.

“At the auction, they said it was not occupied for a long time and someone by the name of Gabriel owned it but the entire family perished. It has been unoccupied for a long time,” said Mat.
“Ah yes, young Gabriel, a great flier, he was. He could fly any plane expertly, just like you,” said the fiddler. “Well, I can’t fly any plane expertly. I can fly some planes expertly,” corrected the air Commodore, “Well, what about Gabriel?”

“As I said Gabriel was an ace flyer. Won many flying competitions. His father and grandfather were also fliers. They had fought in the wars,” said the fiddler, “A nice man too. Always had a word for me. Gabriel did.”
Mat looked at him sharply and asked, “You knew him?”

“I was the gardener in that house for years and years. Seen young Master Gabriel as a boy and man,” said the fiddler. He looked at Mat and said earnestly, “Sahib if you don’t act quickly your granddaughter will die. I will tell you the story first. Then you act.”
“I am all ears,” said Mat knowing that he was on the right track and this fellow really knew something. The fiddler lowered his voice and said in a very quiet tone, “Something really terrible happened in that house Sahib. Listen carefully as I tell you the tale.”
<< PreviousNext >>

Author’s Note: This is a work of fiction. Names, characters, businesses, places, events, locales, and incidents are either the products of the author’s imagination or used in a fictitious manner. Any resemblance to actual persons, living or dead, or actual events is purely coincidental.
JaiApril 7, 2018May 9, 2019