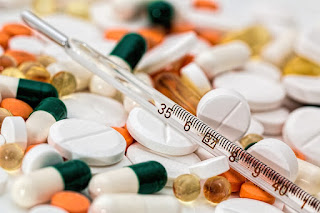 Mat sat by Karen’s bedside. He was very tired and his eyelids were drooping a bit. Karen had shown no signs of coming out of her slumber. Suddenly Mat’s mobile phone rang. He picked it up from the side table and said, “Hello, Mat here.”

“Yes, he did. Why what is the matter?” asked Mat alarmed.

“Well, apparently Pradeep’s manservant came in at 5.30 AM today morning and found the door locked. He looked around and waited for some time and when he could see no signs of Pradeep anywhere in the neighborhood he began to get really worried. Finally, he called the police station and they called me. I am on my way to the station now. How is Karen?” asked Vikram.

“She has slept for thirteen hours straight and has not woken up yet. Pradeep spoke in circles last night and he left looking rather grim and worried. He said we needed to shift Karen to the hospital immediately. I asked him what was wrong with Karen and he spoke in riddles. He said something about black magic and clammed up. He told me he was not telling me anything so that I would not end up doing anything stupid and left. I was pretty angry. But he really seemed perturbed.

He also said that before giving my granddaughter any medicines or letting me know what the matter was he had to speak to someone,” said Mat, “Something rather funny is going on at my house Vikram. Strange things are happening. You will not believe this and if it were not for all the other things that are happening around me, I would probably laugh at what I am about to tell you. But a funny looking cat visited me twice in the night. A black cat with streaks of white all over. But more about that later. Can you ask the hospital people to send an ambulance to my place immediately? I need one as quickly as possible. I wish I had had the good sense to rush Karen to the hospital immediately.”

“I am beginning to think so too. First apples that are covered with blood. Now you say cats. If I did not know you so well, I would have probably said you are tired and dreaming up things. By the way, I handed over that apple or ball or whatever it is to the experts and the blood sample will reach the lab at Shimla today. We will know the results pretty soon. First thing, of course, is to find Pradeep. He can perhaps shed some light on this,” said Vikram, “I will ask the hospital to send an ambulance to your place to shift Karen immediately. I will also explain everything to the pediatrician in the hospital so that he does not waste time asking unnecessary questions.”

He wished Mat a good day and hung up. Mat looked at his granddaughter who was the only thing that mattered to him in life. She was lying on the bed probably in agony of the kind which he had no way of knowing or feeling. Behind that serene facade who knew what demons were lurking in the child’s mind?

He felt strangely helpless. He was not frightened of flying in the skies and facing enemy aircraft in a dogfight. He had flown in enough sorties knowing he may never come back to see his near and dear ones. But he did not know how to handle this helplessness. If only he knew what was the best thing he could do for his granddaughter. What was Pradeep talking about last night?

He had been in this place for six years now and had known Pradeep for a long time. He had never seen him so perturbed. Pradeep was over sixty, a bachelor and lived by himself. Where was he? Mat did not feel like breakfast, but he knew he was just at the beginning of a long battle that may last a number of days.

He had to eat for he had to act, maybe on his own. For the first time, he realized that something was seriously the matter with his Lachchu and her well being and future depended on his actions. He forced himself to stuff down some toast and waited for the ambulance.

It was 6.30 AM when the ambulance arrived at Mat’s place. The nurses carefully lifted Karen and placed her on a stretcher and transferred her to the ambulance. Mat got into the vehicle and sat by Karen’s side along with the two rosy-cheeked nurses who smiled reassuringly at Mat. If the red stains on Karen’s lips had made an impression on them, they did not show it. They had probably been briefed thoroughly by the doctor who had in turn been briefed by Vikram, thought Mat.

They were soon at the hospital and Karen was shifted to the special pediatric ward. Suddenly Mat’s mobile phone rang and he picked it up and said anxiously, “Yes Vikram, have you found him?”

“We have located him inside his car nearly a hundred feet down the ravine in Bellarton’s curve. The car was totally smashed. He had cracked his skull.”

“Oh, God,” whispered Mat, “I should have never let him leave my place so late last night. He might have lost control of his car. He was quite worried too.”

“I don’t think there was anything you could have done Mat. I told you this once and I am telling you again, I have a certain creepy feeling about this case. Pradeep was an expert mountain driver. He was a teetotaler and he was careful. This is not so simple. So don’t blame yourself. Calm down and attend to your granddaughter. I will handle this end of it,” said Vikram and hung up.

Mat turned to shake hands with the pediatric specialist who had just entered the room.

Author’s Note: This is a work of fiction. Names, characters, businesses, places, events, locales, and incidents are either the products of the author’s imagination or used in a fictitious manner. Any resemblance to actual persons, living or dead, or actual events is purely coincidental.
JaiApril 4, 2018May 1, 2019