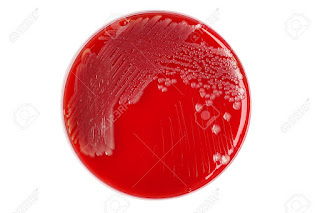 Inspector Vikram Varun skillfully maneuvered his car along the steep, curving mountain road leading to Mathew’s villa. He had received a call from Mathew at 5.00 PM just when he was about to set off with his wife for a barbecue dinner with a few friends. Mathew’s voice had sounded agitated and almost panicky, which was very unlike the usually calm and collected air commodore.

Vikram parked his car outside Mat’s villa, wended his way through the front gate and walked rapidly to the front door. The air commodore welcomed him at the door and said, “Ah Vikram there you are! Come in quickly! Quickly!” Vikram could see that the man was in a state of high nervous tension and was controlling himself with difficulty.

“What is the matter Mat?” asked Vikram wondering what could have reduced his normally calm and collected friend to this state. Mat led Vikram into Karen’s bedroom where the child was sleeping serenely. Vikram could see the child’s lips were smeared with red. Mat pointed to the red lips and said, “I tried to wash it off and much as I tried it would not come off.”

“Some stain probably! It will wear off soon enough! You brought me all the way from home to show me this? This is totally unlike you Mat. You are getting soft in the head with old age,” said Vikram in good humor. “It is blood,” said Mat, “and further I called you here more as a friend than a cop. I am simply not able to make sense of this whole thing.” Vikram was about to say something like “she probably bit her lips,” when he held himself back.

He was too good a policeman not to realize that if the child had bitten her lips the blood would have clotted by now. And anyway, there was too much blood to dismiss it off as a bitten lip. He looked at Mat slightly startled and said, “First of all pull yourself together Mat, it is so unlike you to lose your nerve. Tell me the full story.”

Mathew told him everything about how Karen had discovered an object below the apple tree in the garden. She had told Mat that she had picked it up and tried to bite it thinking it was an apple. It had tasted sweet but was very nasty and she simply could not bite into it as it was hard. She had just dropped it when Mat had discovered her.

“I brought her into the house and the first thing I did was to try and wash the stain off her lips. No matter what I did it simply would not come off,” said Mat, “After some time she said she was feeling sleepy and I put her to bed.”

“Did you call Pradeep?” asked Vikram. Pradeep was the village doctor. “Yes, That was the first thing I did,” said Mat, “I impressed upon him the urgency of this thing though I did not give him the details. He said he would come as quickly as he could. He is having a bit of a crowd at his clinic now. He will be here soon.”

“Show me this apple or ball or whatever it is,” said Vikram. Mat led him to a table where he had placed the so-called apple carefully on a plate. Vikram looked at it staring hard without making any efforts to touch it. “No point in examining it for fingerprints now. Yours and Karen’s are all over it. You know it does have the shape of an apple roughly but…,” Vikram wondered aloud.

Suddenly he made up his mind and gently touched the object. He pressed his forefinger against the surface and found that it felt more like a cricket ball. He then rubbed his fingers and sniffed at it. He then spoke aloud, “You are right, this is blood.”

“Did you investigate any further?” he asked after a visit to the bathroom to wash his hands.

“Well, I went to the apple tree, looked around and even climbed up the tree and tasted some apples. I found nothing amiss, but it was rather dark by then and I might have missed something,” said Mat.

“A ball shaped like an apple covered with blood that tastes sweet and nasty!! I have seen a lot of strange things in my career, but this beats everything,” said Vikram, “Okay, I will go and take a look at this apple tree myself for what it is worth. I will first fetch my flashlight from my car.”

“I will lend you mine,” said Mat and fetched his flashlight and handed it over to Vikram. “Want to come with me? I would rather you stayed with her,” said Vikram pointing towards Karen’s bedroom, “I have a feeling about this that I don’t like.”

Suddenly a thought struck him and he turned around and said to Mat, “You know it is surprising that the blood on that object washes off all of our hands except Karen’s lips.” Mat nodded and said, “You are slow today. I was wondering when that thought would strike you.” Vikram set off on his quest. He was back in thirty minutes.

Just like Mat he had found nothing strange. But in the darkness with just his flashlight to aid him, he might have easily missed something. He came back and found Mat sitting by Karen’s bedside.

“Well Mat, I looked around just like you, climbed the tree and tasted some apples. Nothing strange there. I will take that apple or ball or whatever it is with me and get it examined by our experts. I will also get the blood analyzed by our guys at the main lab in Shimla. That may give us some clue. Tomorrow I will come with my guys and we will take that tree apart and see if we find anything,” he said.

“Thanks, Vikram for coming so quickly,” said Mat and the two men shook hands. Mat looked at his watch and said, “Wonder what is holding up Pradeep. He should have been here by now.”

“He will come. Probably held up by the crowd at his clinic. You know how Pradeep is. A stickler for duty,” said Vikram and went out of the house to his car and fetched his kit. With gloved hands, he carefully picked the object in the plate and dropped it into a small bag and sealed it. “No point in being so careful after all of us have touched it and further it is not an official case yet,” he said, “but no harm in following procedures.”

Vikram turned just as he was about to leave through the front door and said, “Look after Karen, Mat. I am worried about this. I know my job and I am pretty good at it, but for the first time in my life I am feeling spooked and something tells me this is far deeper than what it looks like on the surface. I will never forgive myself if something happens to Karen under my watch.”

“Yes Vikram, She is the only thing I have got. I can’t lose her,” said Mat. After seeing off Vikram, Mat slowly and thoughtfully made his way to Karen’s bedroom. He sat by her bedside and kept watch over her and waited for Pradeep.

Author’s Note: This is a work of fiction. Names, characters, businesses, places, events, locales, and incidents are either the products of the author’s imagination or used in a fictitious manner. Any resemblance to actual persons, living or dead, or actual events is purely coincidental.