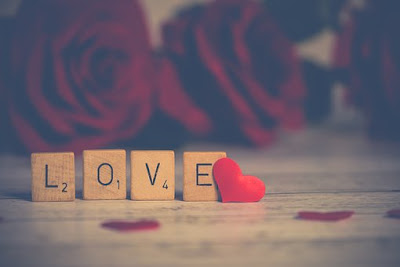 The Trojan war was fought between the Greeks and the Spartans when Paris abducted Helen, the wife of Menelaus of Sparta. Menelaus demanded her return and when the Trojans refused, the epic Trojan war was fought. Two powerful kingdoms went to war for the love of a woman. We often come across the eternal love stories of innumerable lovers like Shereen-Farhad, Heer-Ranjha, Laila-Majnu, and Sohni-Mahiwal mentioned in literature.

Who can forget Shakespeare’s epic masterpiece Romeo and Juliet? I often come across people who tell me love is ephemeral in nature. If that were truly the case, why should Prithviraj Chauhan fight for Samyuktha’s hand against all odds? Are we to really believe that powerful men and women would go to war over something so fickle? Would men and women put their lives on the line for something that is so chimerical in nature?

Sometime back I came across a story in the newspaper when it was reported that a young man had gone in search of his love to Pakistan. He was never heard of again. I dare say he must have realized the risk he was taking when he went in search of the love of his life. If love were so impermanent and so temporary why should people take grave risks and put their lives in danger for the sake of this emotion?

When we talk about love, we always identify it with a certain object of our affections. We utter words like, “I love beautiful mountains” or something like, “I love her so much that I would happily sacrifice my life for her.” It was Plato who first came up with the concept of love having an identity of its own and not just by a sense of reflection from the objects of affection. He talked about love as a commodity by itself.

Similarly, when we  talk about beauty, we make statements like, “What a beautiful flower” or “What a beautiful man or woman.” Plato again separated beauty from its source and tried to give it an identity of its own. Sorry for digressing from the topic, but I wanted to try and put the meaning of love in the proper perspective.

Coming to the title of this article; let us try and answer the question, why should human beings be thankful for love?

Love can cause terrible destruction or it can be the source of immense joy. When a mother cradles her crying baby in her arms and sings a lullaby, the child automatically stops crying and falls asleep peacefully. A mother is able to convey her love to a baby who still does not understand the full meaning of love. But even at this stage in a baby’s life, a mother’s love is able to apply balm to its woes and bring it peace. Everyone has heard of the legend, where King Solomon identifies a baby’s true mother between two women by testing the women’s love for the baby.

When my father heard that I had passed the IIT entrance examination his joy knew no bounds. He was in the seventh heaven of delight and he informed all his friends about it. He hugged me and he was in euphoria for weeks. In some of my most depressed moments in life, my sister has been by my side and she has assured me that she will always be there for me.

I have had a few disappointments in love as a young man. I lost my heart to women who did not reciprocate my feelings and I lost the object of my affections to other men. But I still do not regret any of these instances. Then my wife came into my life and it has been one long love affair that has lasted thirteen years now. I have a daughter who jumps with joy on seeing me when I return from the office in the evening and rushes to hug me. I for one am thankful for love.

I have dealt with love from a very subjective point of view. Let me now deal with it objectively and discuss why humanity as a whole should be thankful for love and its existence in nature. Just take a look at the world around you. Don’t you observe differences everywhere? We see a variety of life forms. We see insects, we see reptiles, and we see birds.

Even among human beings, we are divided in a million ways. We are divided by nationalities, caste, creed, religion, color, race, language, food habits, and culture. Oh, the list is endless. Mother nature knew that variety is the spice of life. These differences are a necessary evil. When God was creating the world and had come thus far with his blueprint, wherein he had put in all the differences, he must have suddenly realized that he needed a glue to hold all this together.

And what does he do? He creates this wonderful emotion called love. And he creates several forms of love. And he also creates life forms with varying capacities for love. It is love that holds this world together. For that one reason, we can be thankful that love exists.

There are a plethora of other reasons why we should be thankful for love. Just watch television in the evening and listen to some of these discussions on news channels. The amount of hatred people spew at each other is overwhelming. The panelists scream and compete with each other in a shouting match. Spokespersons of political parties yell and scream and split hairs at every turn.

Look at the history of the world. Just consider the number of lives lost in wars which we glorify as epic pieces of history, the number of children who have been rendered homeless, the women who have been widowed. The two wars that were fought in the last century were the products of hatred. The second world war was the result of the phenomenal hatred of one man who geared an entire nation of decent human beings to hate a community as a whole.

In spite of this checkered history of humankind, human beings still survive. By nature, man is self-destructive with a terrifying capacity for hate. But thank God for the tender emotion called love we have survived to this day. It is love that balances hatred and all the divisive forces of the world. Love is the glue that holds this divided world together. Love is necessary. Love is a need. Thank God for love. 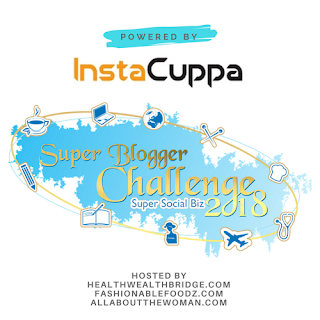