Skip to content
Miscellaneous
Some Paintings From Lulu Mall – Kochi
Here are some images of paintings I clicked a long time back on my iPhone. These paintings were exhibited by some budding painters of Kerala in Lulu Mall – Kochi. My google photo album tells me these images were clicked on March 2014 which is nearly four years back. I really do regret the fact that the painters’ names are not very clear. Take a look at them. They are really fascinating. 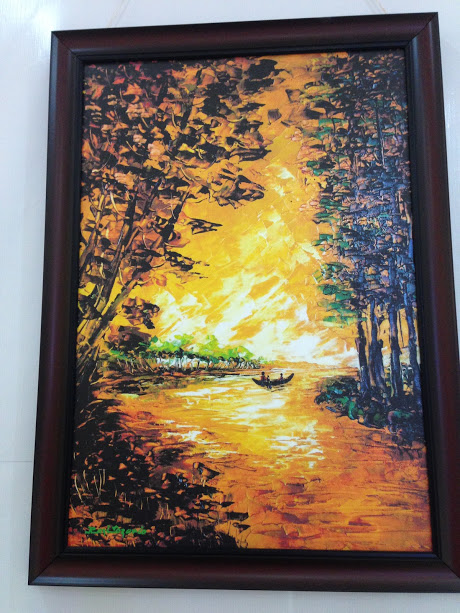 This painting reminds me of a rural village with a serene river flowing right through the middle. I wonder why I get that feeling as there are no visible houses or huts. It looks like it is evening time and the sun is just setting. We can see the golden rays of the sun spreading in the sky. The rays are also being reflected by the placid waters of the river. I really appreciate the way the artist has blended the horizon with the flowing river at a distance, at the same time ensuring that the two are clearly demarcated without making it obvious. The boat is a small one and to me it appeared insignificant at first. It is only when you try to imagine the painting without the boat and the oarsman you realize how important it is in the general scheme of things. 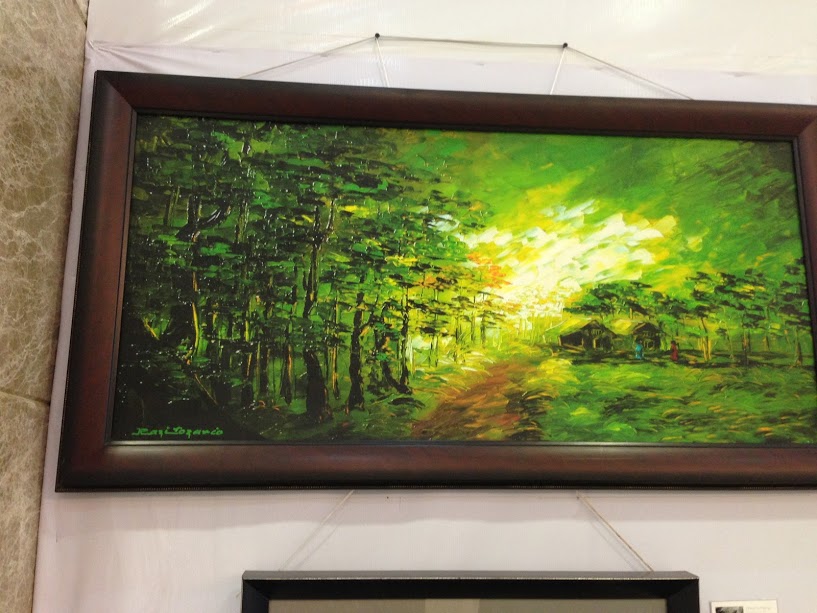 Wow ! look at all that greenery. There are trees held by strong trunks on one side of the small path way leading to the huts. Right in the middle of all the greenery, there is a bright splash of blinding white indicating that it is actually a bright and sunny day. The huts and people seem to be rural folk. I am reminded of the philosopher Voltaire (was it him or someone else?) who believed that man is essentially a constituent part of nature and should live life in oneness with it. In Hindu philosophy too, when a man reaches the final stage of life called Sanyasa, he is expected to retire to the forest and spend his days in deep contemplation and penance. I am a man of the cities and young or old, I would any day like to spend my time in a city full of interesting things happening around me. But if you are a devout Hindu who is very religious or have a Voltaire type of philosophical outlook in life the place shown in the painting is ideal for you to spend your final days in. 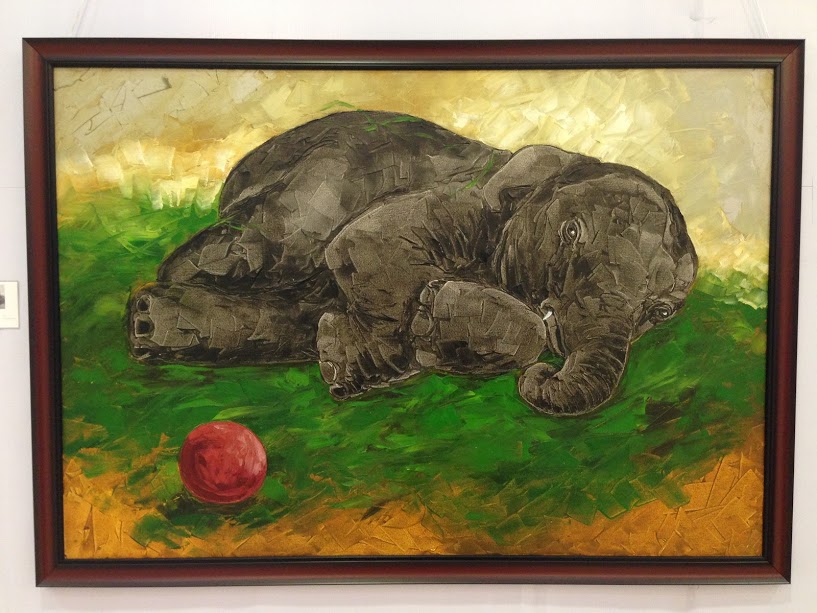 This one reminds me of the time when I was a kid and my father used to put me to sleep by telling me the story of the Mahabharata. Remember how Dronacharya dies? King Yudhistra, the eldest among the Pandavas who never utters lies, tells Drona when he asks him for the truth about his son Ashwattama, “Ashwattama Hatha Iti Narova KunjaRova.” Translated this means “Yes Ashwattama is dead, but I don’t know if it is a man or an elephant.” Yudhistra utters the first part of this sentence loudly and mutters the rest under his breath. Drona hears only the first part and immediately assumes that his son is dead. He is devastated and stops fighting and is consequently killed. 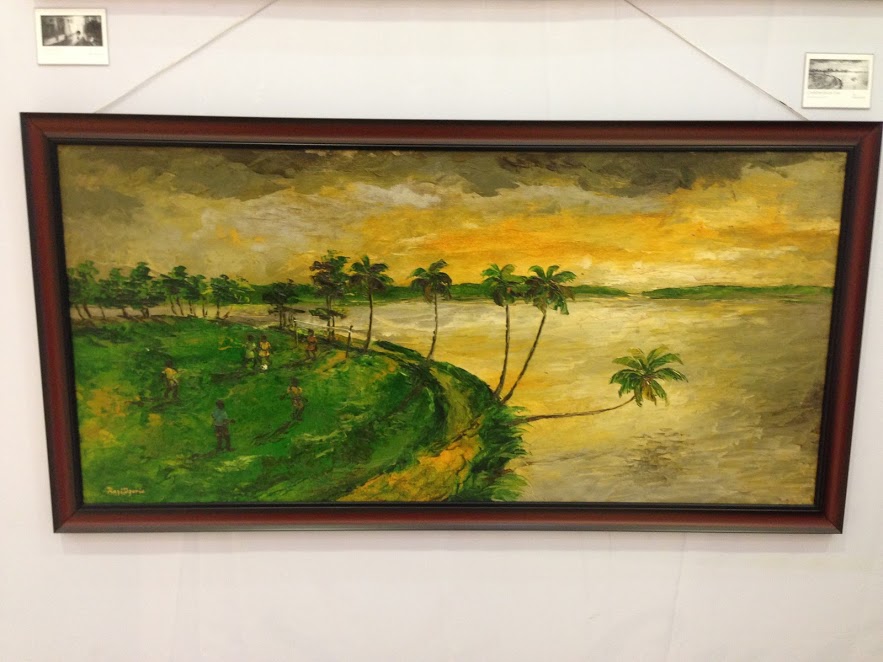 This is vintage Kerala my adopted state or my karmabhoomi. The tall coconut trees, the greenery, the men clad in typical rural Kerala attire folded at the knees and the roaring river really make it a fascinating painting. The river reminds me of the majestic Periyar river which I have often visited.

That is it for now. I will come up with a few more paintings in my next post. Till then au revoir.