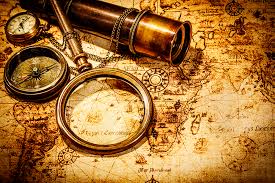 So here we are at the beginning of yet another new year. It was just yesterday that I had wished my readers a prosperous and happy new year in advance thinking that I may be too busy to post on my blog on new year day. Click here to read that post of mine. Surprisingly I am finding a lot of time on my hands to post again today. So let me take this opportunity to wish everyone once more. Here is to a very happy and prosperous new year 2018 to people all over the world irrespective of caste, creed, religion or nationality.

This would mean some research, but it would be a very interesting way of spending a couple of hours and would also be interesting for some of my readers, at least to those who are fond of History. So here goes. Starting backwards we first look at 2018. Surprised at the mention of the year 2018? Well, I am not a soothsayer or an astrologer. In fact I don’t even believe in astrology but I will just predict things that I feel are likely to happen in 2018.

2018 – I am sorry to say this on the first day of the year but the outlook is bleak. With the right wing juggernaut taking over and ruling most countries like the US and India, personal freedom and the right to dissent are in grave peril. In India the fourth estate has been completely subordinated to the powers that be. There are still a few intrepid men and women who are taking grave risks and fighting for democratic values. The dark clouds of nuclear war are hovering on the horizon.The constant rhetoric and threats flying between North Korea and US is frightening. One wrong move by someone and we could all end up in deadly danger.

But there is still hope. Slowly and steadily there are signs of the statesmen coming to their senses. Things are easing up. They say barking dogs never bite. Trump and Kim-Jong Un might shout out loud but I really don’t feel either of them would be crazy enough to actually press the nuclear button. I would say there could be a lot of negative things that might happen in 2018 but by and large it would be a peaceful year.

1918 – This year was marked by the end of the first world war and the world saw some peace after four years of deadly conflict. On November 11, 1918 an armistice was signed between the allies and Germany. Germany surrendered to the allied forces. This was the first major war of the last century and nearly nine million lives were lost and 21 million wounded. The war had started in 1914 when the Archduke Franz Ferdinand, the heir to the throne of Austria-Hungary was shot dead along with his wife.

This had a domino effect and soon several countries had aligned with each other taking sides and a major war had broken out. This war was devastating and men, young and old, some in their teens fought in trenches. We can take some consolation from the fact that 100 years back in 1918 a devastating war came to an end and hope that we would see peace and goodwill being given a chance a hundred years later in 2018

1818 – This year seems to have been a relatively good year without any violent turns. From what I have gathered from google, some of the major events were Illinois becoming the 21st state of the US, the modern fire extinguisher was invented by the British captain George William Manby and the US congress decided that the US flag would consist of 13 red and white stripes to represent the 13 colonies that rebelled against the British crown and became the first states in the union.

1718 – This year again began with a war between France and Spain. On January 9, 1718 France declared war on Spain. In mid-year on May 9th the city of New Orleans was found by Jean-Baptiste Le Moyne De Bienville .

1618 – This year seems to have been a very good year for science. In this year Johannes Kepler discovered the law of planetary motion. But it was also the year when the thirty years war was triggered. Two Catholic Lords Regent and their secretaries were thrown out of a window from a height of 70 meters but amazingly escaped unhurt. This triggered a thirty years war and polarized Europe further on religious grounds.

1518 – The year saw the coronation of Bona Sforza as the queen of Poland. You might be surprised to hear this but people can die of dancing. The disease is called St. Vitus’s dance. It seems sometimes people, when they are dancing in groups, find that the urge to keep dancing reaches such heights that they can’t stop dancing till they collapse from exhaustion. In July 1518 some people died of this disease. The printed use of the plus and minus signs in arithmetic began this year. The worst thing that happened is that the African slave trade began this year.

1418 – Not a very eventful year, this. Except for a few unimportant things I could not discover much. It is of some Christian religious importance. The Council of Constance which was a group of important church dignitaries who had the authority to settle the affairs of the Roman Catholic Church was dismantled. Martin V was elected as the pope of the Roman Catholic Church.

1318 – Could not find anything very interesting for this year either. King Birger of Sweden was deposed and fled to Denmark. The inhabitants of Benevento, Italy rose against the pope, and demanded some political autonomy but the rebellion was crushed by William of Frejus and the archbishop of Naples.

1218 – Nothing much here either. There is some talk of Gengis khan forcing the Shah of Persia to accept Mongol over-lordship and establishing trade relations. In Barcelona, Spain, the order of the blessed Saint Mary was founded by Saint Pedro Nolasco.

1118 – Vikram Chola becomes the regent of the Chola kingdom. In the battle of Kennangal the Hoysala empire defeats the Chalukyas. Here we go, war again.

I have taken you back a thousand years listing out the events of the 18th year of each century. Venkatraman Ramakrishnan describes astrology as patterns which occur in nature due to coincidence and that these patterns do not have any scientific validity. One cannot predict anything on their basis. But can we expect some coincidence on the basis of the law of averages? If we look back over the centuries the 18th year has seen one major world war end. On the other hand several wars began on the 18th year of the century. I for one hope that 2018 picks up peace and not war.

2 Thoughts to “This Year That Century…”