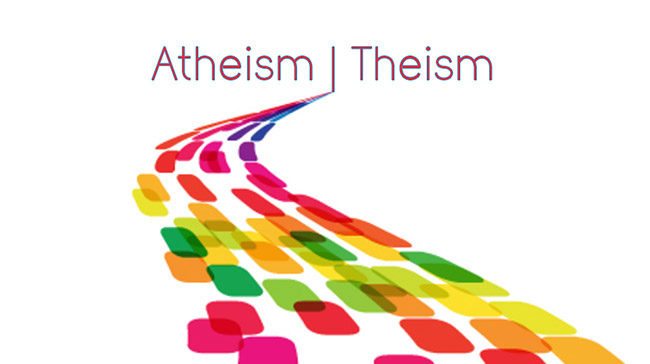 I am writing this post knowing quiet well that the people who read it may end up believing that I am some kind of a crank who is wandering a bit in his mind due to old age. I am not all that old, you know. I am just nearing 52 which is well past middle age, but not old enough to be called old age. I am quiet sane and enjoy good mental health. I have been asked quiet often whether I believe in god. My answer to that has always been that I don’t know. The answer to this question does matter a lot to me. I do think very often about the existence of god and I would indeed like to know the answer for sure.

According to Hinduism, if we want to experience god then we need to look deep into ourselves or in other words meditate. This will lead us to a state of tranquility where we will be one with the creator and we can experience him in all his glory. I tried a lot of meditation when I was a young man and was consumed by quiet a bit of religious vigor. But at some point I gave up my quest to try and find god through meditation as it led me nowhere. Maybe I did not have the persistence to single-mindedly pursue my quest.

Instead I started reading books. I read the translated versions of the Gita, the Bible and scores of other religious scripts. I read philosophy by great men like Bertrand Russell, Nietzsche, Richard Dawkins and several others. All this reading did not really give me any definite answers to my question either.

Even though I was well aware of Stephen Hawking’s beliefs on these matters, I once sent him an email asking him for some clarifications regarding god and with some definite pointed questions. His secretary answered my letter stating that my questions were not interesting enough and Dr. Hawking answered only questions that were of an extraordinary nature which piqued his interest.

I was a bit embarrassed and wondered if someone as insignificant as myself had gone too far by asking questions off a great man like Hawking. Most probably my questions were too simplistic and were not of a nature intelligent enough to arouse the interest of a brilliant mind like that of Stephen Hawking. I guess I got a little above myself.

When I was a young lad my parents tried to instill a strong belief in god in both myself and my sister. My sister of course still carries a semblance of that belief instilled in her by my parents, whereas I prefer to describe myself as an agnostic who leans a bit towards atheism. At this point in time after a lot of reading and thinking I came across one sentence somewhere which gave me a few ideas of my own about god.

At the risk of being thought a person with a rather high opinion of himself I will air my views on god in this post. There are some scientists who say that everything that is happening around us is an algorithm, or in other words the world is a set of instructions that are unfolding automatically. This idea strikes to the deeps in me.

For those of you who are laymen, I will try and explain what an algorithm is. To make it very simple, an algorithm can be described as a set of instructions laid down for a computer to follow. These instructions are called code and are of course written in a computer programming language by a programmer who has learned this skill.  In this set of instructions which get executed by the computer, the programmer tries to tell the computer what action it should take in every eventuality that he can foresee.

So first conclusion is that in this algorithm, each instruction that gets executed gets written or generated based on the one that gets executed previously and this can be just about anything. In other words the instructions themselves are not pre-written but get generated as the algorithm gets executed. In this scenario it is impossible to predict what might happen. This is because we do not have a definite set of eventualities for which we can code.

So we have unpredictability taking over completely and that is precisely what we observe around us. Take a look at all that is happening around you. It is mind boggling. The billions of stars and galaxies and planets, so much interstellar activity and all the things that are happening in our own earth, result in trillions of cause and effect relationships. All this can only be governed by a self-propagating algorithm.

Next, we move over to the all important question: what was the first instruction to be executed which led to the unfolding of this self propagating set of instructions? Theists say that this first instruction was set in motion by an absolute entity that just exists and call it god. They also argue that this entity cannot be perceived, does not have a beginning or an end, no form or shape and in addition pray to it. They say it was not created or destroyed and always existed and will always exist. Mind you, I am not denying the possibility of the existence of this entity. Maybe this entity did set the ball rolling by executing the first instruction.

My other argument is that the first instruction came out of nothingness. Is it possible for anyone to imagine nothingness? We denote it mathematically by 0. Even when we close our eyes we see something black. We cannot perceive nothingness. So I will describe nothingness this way. Nothingness is the absence of everything including god or the absolute entity which theists say exists. And when I say everything it encompasses all the things that can be perceived and also all those things which cannot be perceived.

Is it possible for the first instruction to originate by itself from this nothingness? Or in other words can we have an effect without a cause? I for one do believe it is possible.

Finally, in conclusion I would like to say this. On one hand we can believe that there is an absolute entity that set the first instruction of a self propagating algorithm in motion and in the workings of which even the entity itself does not interfere. On the other hand everything originated from nothingness. The first instruction of the algorithm came out of nothingness. How this happened is beyond our perception just like god is beyond our perception. The choice of what to believe in is entirely yours.

5 Thoughts to “My Ideas On God And Atheism”