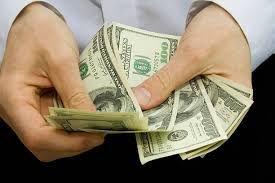 I would like to begin this article by mentioning a small proverb most of us would have come across in our grade school moral science book. It goes like this.
If wealth is lost nothing is lost
if health is lost something is lost,
if character is lost everything is lost
I would like to concentrate on the first line of this proverb here. Is it really true that if wealth is lost nothing is lost? Is such a highly moralistic upbeat point of view really valid? It is my opinion that just like health and character, wealth also enjoys a position of importance in mother nature’s scheme of things. This is a profound truth which is not evident to those of us who are privileged enough to live a life where we do not have to worry about our three square meals a day.

All we have to do in order to understand the value of wealth is to visit an economically backward African nation like Ethiopia or Ghana and live with those people, truly following their lifestyle. Oh! I am sorry, one does not really need to go all the way to an African country to experience poverty. In our own country, a staggering 22% of the population was declared as living below the poverty line in 2012. All we have to do is to go to some of the most backward rural areas of our country and try to share the lives of the people to experience abject poverty and its cruelty.

I remember one of my friends in IIT lecturing us for half an hour about the importance of wealth when I was in my second year of engineering. One evening, we were all gathered in the common room of our hostel and as is the wont of youngsters pretending to be great intellectuals, all of us agreed that wealth had limited importance.

In IIT all residents of hostels have food in the hostel mess. It is horrible to think of it now, but the mess chefs who were locals used to employ young boys to serve us our meals. These youngsters were normally called chottus. During the discussion that evening one of my friends happened to mention that the lives of these chottus must be really carefree because these boys were always found to be grinning and laughing all the time.

In our gathering, we had a rather down to earth student who would call a spade a spade come what may. He then asked us a simple question, ‘How many of you are really willing to exchange places with the chottu in our mess?’ We all blinked and realized he had touched a raw nerve. He then admonished us for being a bunch of fools and gave us a five-minute lecture on the importance of money starting with the words, ‘These boys are living in tatters. They will never enjoy the privileges you do. Just look at them. Most of them look thin and reedy and malnourished…’

I still remember his words like they were spoken to me yesterday. A full and contented stomach keeps a man’s mind happy. It is only the hungry stomach that growls. Whatever may happen in your life your stomach needs its regular ration of food. It will not listen to you if you try giving it a philosophical lecture on wealth not being important.

Many people laud the virtues of happiness by giving lofty speeches about the inability of money to buy happiness. Do these people really believe that the lives of all paupers are full of happiness? Let me ask another question, ‘Is it better to be unhappy inside a comfortable villa or a hut with a leaking roof?’ I for one would prefer the villa.

Happiness and money are not really connected. So the contention that rich people are mostly unhappy does not carry any weight. There are happy as well as unhappy people in all strata of society. Further loss of wealth can, in turn, lead to the destruction of a man’s health and character. It has what is known as a domino effect. When a man loses all his wealth, first his mental health suffers due to the shock and agony. After this, he is reduced to living in penury because of the loss of wealth.

This affects his physical well being. And finally, when all avenues are closed some people take to crime to make a living. So, the loss of wealth can lead to losing health as well as character. Loss of wealth is not something that can be waved off as unimportant. I would like to end this article by stating that in mother nature’s scheme of things everything including the pebble you kick with your feet on a hot summer day has its own importance.
JaiDecember 3, 2017May 9, 2019

3 Thoughts to “When Wealth Is Lost Something Is Really Lost”