Skip to content
Humour
The fun of day dreaming… 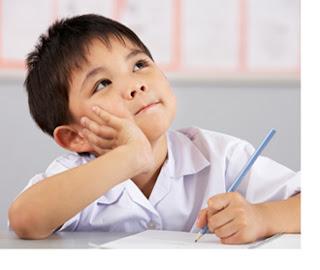 I don’t know about other people but one of my favorite pastimes as a child used to be day-dreaming. Till my 4th grade I studied in a convent school in Chennai, the erstwhile Madras. Those days our family used to live as two establishments since my mother was a state government employee and worked in Madras. My father was posted in New Delhi and we were planning to join my father as soon as my mother had put in enough service to take long term loss of pay leave.

This arrangement meant that my mother, myself and my baby sister lived in Chennai and my father in New Delhi. My father used to visit us every two or three months. Those days my mother used to book tickets and take me to Tamil movies. These were generally the movies in which the doyens of Tamil Cinema of those times, Sivaji Ganesan and MGR acted as heroes.
In those movies Sivaji and MGR would perform astounding feats of daring, courage and chivalry. Those days I used to dream of being like Sivaji and MGR, a do-gooder, he-man hero for whom clashing with ten burly men at the same time was child’s play. In my day dreaming stints I used to do all those things which Sivaji and MGR did, sprinkled liberally with bits and pieces from my own imagination.
I used to jump off low flying helicopters on to roofs of  trains moving at 80 km/hr, slide down the side of the train, open the door and save the damsel in distress being attacked by the villain. Of course after this daring act the lady in question would fall in love with me immediately and be all over me inquiring if everything was all right with me with tears in her eyes. The villain was usually Nambiar the famous villain of Tamil cinema of those times. The damsel in distress used to be the lovely Vanisree or Latha who were frequently paired opposite Sivaji and MGR.
I remember one particular scene that caught my fancy in a movie called “yen mgan” meaning “My Son”. The hero was Sivaji and he plays the role of a robin hood styled thief with a heart of Gold who steals from the rich and gives it all to the poor.
In one particular scene Sivaji chases a fast moving train in a horse, dives into a compartment through a conveniently open door, fights ten burly men, steals a bag of diamonds and jumps back onto the saddle of his horse which keeps running faithfully along with the train. I used to get a thrill by enacting this daring scene in my mind where of course it was me and not Sivaji who was the hero.
My imagination also supplied a few embellishments to the scene. In my dream in addition to the diamonds I also rescued the girl who used to live next door to my house and whom I had sworn to marry once I reached adulthood.
Once we joined our father in Delhi and I started watching Hindi movies, it used  to be Amitabh Bachahan’s daring acts that used to be the source of supply of material for my never ending daydreams. I watched Zanjeer and I was the fearless, honest police officer who took on crime syndicates singe-handedly. The more of Amitabh’s movies I watched the taller I grew. I had a six foot 4 inch frame and was as handsome as Amitabh and even more so in the eyes of the new girl who lived next door in Delhi.
It was only when I watched Sholay that for once I permitted myself the luxury of being a villain. Gabbar singh’s “kitne aadmi the” took me by storm and I was the dreaded dacoit in my day dreams but with a major difference in the plot. Gabbar singh was an evil dacoit in the strictest sense of the term but I was a good dacoit who used to steal from the rich and give to the poor. I never could be a villain in my mind’s eye. The people of Ramgarh village looked upon me as their savior.
Once I reached fifth grade I stepped into the shoes of the heroes of the books I began reading. I started off with Enid Blyton’s books and for some time I was the leader of the five find outers – fatty – who could solve crimes which baffled the village policeman Goon. Then I moved over to the Hardy Boys series. I became Joe Hardy, the younger of the two Hardy brothers. I became Joe Hardy and not his brother Frank Hardy because I liked Joe’s girl friend Iola Morton more than Frank’s girl friend Callie Shaw. As my readers can probably guess Iola was prettier.
Then I stepped into the shoes of several other people. I became the famous criminal attorney Perry Mason and would be arguing brilliantly in court defending a beautiful, innocent young woman charged with murder. I was tall and shrewd and handsome like Perry Mason and my personal secretary (role played by my school days’ crush) was much prettier than Mason’s secretary Della Street. The one thing common about all the women I saved was they would all be extremely beautiful.
After I began reading Robert Ludlum’s books I began saving the world from machiavellian characters who would draw up plans to bring about the destruction of governments the world over. But by this time I was 16 and soon my day dreams became less wild and more realistic. I started day dreaming about things that were within the realms of possibility like getting through the IIT joint entrance examination and other such mundane things. I look back on those childhood day dreams of mine and I am still enraptured by the thrill I used to get out of them.
It is a pity that we all lose our innocence at some point when we realize the true nature of life and no longer believe in simple things like it is Santa Clause who actually brings the gifts on Christmas day and places them by the Christmas tree or for that matter the truth behind the several mythical tales of Hinduism. Even now when I look at the deep blue sea or when I am  travelling by car on a mountain road or when I visit a beautiful rose garden, I have to confess I give free rein to my imagination leaving sound logic behind.
JaiDecember 22, 2017May 1, 2019

One Thought to “The fun of day dreaming…”