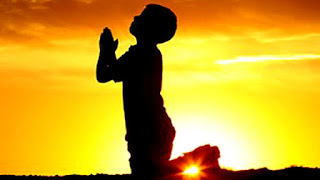 I am not a very religious person by nature but a discussion I had with a colleague in office recently compels me to write this article. I was born in a Hindu Brahmin family and my father and mother are very conservative people and tried their level best to instill the same conservative values in me and my sister.  But because of the public school education we were given or perhaps due to the cosmopolitan atmosphere of New Delhi where we grew up the two of us never took to religion seriously. My lack of religious fervor often used to be a bone of contention between me and my father.

I rarely ever visit temples except when I am invited by my parents to go with them. It is not that I don’t find temples interesting. I really love the beautiful architecture one finds in temples. I don’t deny that the majestic gopurams of south Indian temples and a few minutes of contemplation in front of  the serene looking deities fill the mind with peace, especially in moments of anguish. But the problem with that is, one is rarely if ever, able to stand in front of a deity and spend a few minutes in silent contemplation because of the severe rush in temples. On auspicious days it is even worse. People do not hesitate to shove aside even old women and children in their eagerness to get a glimpse of the deity.
Coming back to this chat I had with my colleague, the topic of discussion was religious conversion and whether it is morally correct. My colleague who has a conservative mindset is a strong advocate of anti-conversion laws. This law, even if it comes into force, does not concern me because I really do not adhere to any particular school of religious thought. I would not call myself an outright atheist but on a scale of 1 to 10, where 1 indicates a complete theist and 10 a complete atheist I stand exactly at 5. It is not that the question of God’s existence does not bother me. I often think about it, but unfortunately I have not even been able to get past the rudimentary stage of ascribing a definition to God that is completely satisfactory.
But whatever I may believe in, the one thing I know is, I would never want to deny anyone the right to think for themselves and arrive at their own conclusions. I asked my friend what was his basis for opposing religious conversions. He told me that one’s faith should be determined by one’s birth. He was of the opinion that if one is born into the Hindu faith, it is tantamount to treachery if one converts to some other religion. To be fair to him he maintained that the same is the case if one is born in any other faith and converts. The other reason he mentioned was that he objected to the rampant religious conversions that were taking place due to prosyletization.
So that brings us to the question, what exactly is religion or faith? Is it defined by ritualistic processes like performing poojas if one is a Hindu or getting oneself  baptized if one is  a Christian? Does getting oneself baptized and going to church or getting a certificate of being a Hindu and going to temples really make a person a Christian or a Hindu? To me it boils down to what my mind thinks and believes. Say I go to the church and recite a Hindu mantra or I go to a temple and sing a Christian hymn where does that leave me? I am a master of what I think and believe. No matter what a person can force me to accept by brow beating me or even at gun point, my mind has its own thought processes and has the capacity to think independently. No one can own my thoughts and make me think what they want me to think.
So when we say we want to ban conversions what is it that we are stopping people from doing? Of course religion does place a few inconsequential restrictions on men and women. If you are categorized as a Christian you won’t be able to enter a temple and similarly if you are a Hindu you will not be allowed to do certain things. There are columns in all government forms which ask a person to state his religion and caste. When you try to get admission in schools for your children you may be asked for your religion and caste. There are quotas for minorities and people belonging to certain castes. These are some of the issues where one’s religion or caste makes a difference in India.
But these are all material things. Does the mind really get constrained by religious affiliation? Do my thought processes and my will to think freely get constrained by which religion the society considers me to be affiliated to? Definitely not. I am what my mind really believes I am. So a law against conversion does not really carry any meaning. Similarly forced conversion does not mean much to a free thinking individual. A healthy mind will think for itself and will form its own opinions no matter what people say.
I would like to end this article with Thomas Paine’s famous quote which says

5 Thoughts to “Free Thinking And Religion…”