Skip to content
Crime and Punishment
Criminal tendencies in children… 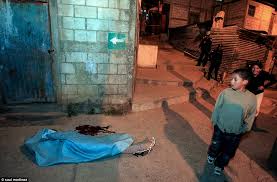 Many people might think it inappropriate to begin an article on such a serious topic with a stanza of poetry but that is precisely what I am going to do. I am doing it because the poetic piece I am about to present relates to a horrific crime. It is not a crime committed by a child but a young adult. Here it is

Lizzie Borden took an ax
And gave her mother forty whacks
When she saw what she had done
She gave her father forty-one.

This stanza actually stems from a children’s skipping rhyme and was adapted in the biopic about Lizzie Borden which premiered on television in 2014. The Lizzie Bordon murder mystery is actually a very old one. She was a young American woman who was tried and acquitted for the murder of her father and step-mother in 1892. This case was an extremely chilling one because of the brutality involved in the murders. Lizzie was acquitted but it is popularly believed that she was guilty. She continued to live in the same community even though she was ostracized from society and was considered a pariah.

That was a very old case. But just yesterday I heard about a crime in the television where a teen aged boy killed his mother and sister in cold blood and ran away from home. In the boy’s eyes the mother had committed the unpardonable crime of telling him to study sitting on the table instead of lying down on the sofa. He had brutally attacked his mother and sister with a knife and scissors and stabbed them to death.

The teenager then left home calmly and was finally apprehended in Varanasi. It is reported that the boy was addicted to violent video games and was constantly playing them on his mobile. Some days back we heard of a boy killing a seven year old to get exams postponed in a renowned international school. Then there is the famous Nirbhaya case where among all the accused criminals, it was the juvenile involved who behaved most brutally.

What is happening to our children? Why have they become so violent and brutal and do drastic things at the slightest provocation? Teenagers admire so called he-men. When I was in school there was one particular boy in the commerce stream who was known to spend his evenings picking pockets in connought circus in New Delhi. His stock as a he-man among the boys was very high. Several boys were in awe of him and used to whisper “Batua udatha hai”. Even children who used to copy in exams using bits of papers hidden in their clothing used to hold an exalted status.

When I say these things one might get the impression that mine was a bad school. But believe me, it was one of the most reputed schools in Delhi and used to produce excellent results every year. Children have a very impressionable mind and tend to hero worship violence. They watch movies and when they see villains and violence glorified it has a profound effect on their psyche.

In western countries too there are a lot of crimes committed by children. But for all that, western countries follow movie ratings strictly. If a movie is rated U/A then children can enter only if they are accompanied by adults. We on the other hand take movie ratings too easily. We spoil our children by giving them too much money and do not keep track of how it is spent by our children.

Add to this the other things children are exposed to. The violent video games, social media like Facebook and Twitter, the constant glorification of violence in television and a number of other things contribute to polluting young minds. It is no wonder that crimes committed by children are on the rise.

In this respect I would like to talk of the Shah Rukh Khan-Priyanka Chopra block buster about an underworld criminal Don which I watched with my family. Both the hero and the villain are played by Shah Rukh in double roles. I had also seen the earlier version of the movie Don released in the 70’s in which Amitabh Bacchan portrays the role of the underworld criminal as well as the protagonist. I remember being really thrilled by the 70’s version of the movie which I watched when I was a kid and enjoyed thoroughly.

I expected the story in the Shah Rukh version  to be the same. Shah Rukh Khan being a good actor did an excellent job and I enjoyed the movie right up to the climax.

It was the ending that spoilt everything for me. The movie ends with a surprising twist where it is revealed that the protagonist had long since been killed by the villain and the person who comes out on top is actually the villain. In the Amitabh version of Don there was no such twist in the tale and as per the norms of those times it was the hero who gets the better of the villain. To me it was something abhorrent to show a villain coming out on top, even in a movie. But the younger generation, especially kids did not seem to have any such qualms and the movie went on to become a super-hit. Some of the children I have spoken to since are in awe of the underworld and would like to emulate Shah Rukh.

We have reached the stage where villains are the new super heroes. The villain Shah Rukh khan portrays in Don is an English speaking, educated, highly sophisticated criminal who has a very high IQ and manipulates situations to his advantage adeptly. In real life underworld Dons are lowly scums and uneducated youth from the underbelly of the society. But who is to point out this fact to our children? If we are down to such levels, western movies are no better. Rape and murder scenes are portrayed in graphic detail. I am not against freedom of expression. In fact I really dislike the sanskari brigade that has taken over our censor boards. All I am saying is we really need to show some discretion in what we allow our children to watch.

So what can be done to stem these criminal tendencies in children? Well for one thing, schools and parents have to constantly monitor what children are reading and watching. Avoid domestic bickering at home, especially in front of children. There is a necessity to inculcate basic moral values in children. During my days at school there used to be a regular subject called moral science which included short stories bringing out moral values. I don’t find this subject in my daughter’s school syllabus.

The quality of teachers matters a lot. Parents should keep a lookout for abnormal behavior in children and if they sense something even remotely out of place they should talk about it to their children. It is very important to earn your child’s trust. In fact psychologists nowadays advocate treating children more as friends rather than as subordinates.

There is also talk of trying juvenile criminals based on the mental age rather than the chronological age. This may sound justified to many people and many hard liners are all for it, the idea being, let us put the fear of god into them and show them they cannot escape just because of age. Looking at the kind of horrific crimes we see committed by juveniles, this line of thought seems justified. But consider the technical difficulties in implementing this. Who is to decide if a juvenile actually has an adult mind? And on what basis? Just basing the decision on the nature of the crime would be very immature and inaccurate. There are too many difficulties involved in trying out a solution as simple as this.

The need of the hour is to strengthen the moral foundations of our children’s minds and not drastic and direct solutions. We cannot afford to have our children grow up into criminals. The nation and the planet depend on them. We need to take this trend seriously and take steps to buck it before it eats into our society and spreads anarchy.

3 Thoughts to “Criminal tendencies in children…”