Skip to content
Miscellaneous
History: The Much Condemned Subject 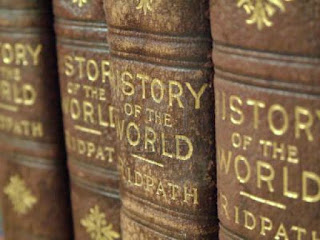 I once came across an article written by a professor of Mathematics who argued passionately that History is a useless subject. His main argument was that there is no use in wasting time studying things that happened in the past as the past was dead and gone. I have often heard this argument repeated by many eminent people from the fields of Science and Mathematics.

I have always been wanting to rebut this argument and I will try and do that in this article. When I hear the argument: “What is the use of studying History?”, the first thing that occurs to me is the mountaineer George Mallory’s famous reply when  he was asked  the question “Why do you climb a mountain?”.  He simply said: “Because it is there!!”. Similarly to all those who ask the question: “Why study History?”, my answer is: “Because it happened!!”

History, you see is unadulterated truth. It is something that actually happened and we can be sure of its validity. We know for certain that certain cause and effect relationships lead to certain results. This definitely helps us to predict a lot of things about the future. The past undeniably has a role to play in the future. It teaches us many things like what we should and should not do and is a wealth of information. Mainly it helps us to learn from our mistakes.

In a similar vein I am reminded of Michael Faraday’s answer to a question asked by a lady on how electromagnetism was useful for society. His reply to that was: “Of what use is a new born baby?” History similarly is akin to the study of the life of a grown man. It can definitely educate us immensely. And as I said before it is extremely dependable as it is unvarnished truth.

Most of the misconceptions about history arise because the common perception is that History is nothing but the study of kings fighting each other to usurp kingdoms. In the strictest sense, History is the study of anything that happened in the past. In this context History and Science have a narrow demarcating line.

When one asks the question “Why study the past as it is gone and dead?” it can be rebutted with a statement like “Why study the origin of the universe? The big bang happened 13 billion years ago”. Just think how ridiculous that sounds.

Even the distant stars tell us tales of the past. The light reaching us from distant stars are echoes of galactic events that happened billions of  years ago. Recently evidence for gravitational waves was detected by the LIGO observatory. The wave was a ripple from an event that happened billions of years ago. Are we to argue that it is useless because it reflects the past?

I know many people would say I am mixing up Science and History but I am giving these arguments in order to point out the shallowness of saying that the study of the past is useless. Similarly take the study of human evolution. It is something that reflects our past as we evolved from single celled organisms to the complex homo-sapiens we are today.

If Darwin had not wondered about how it all came into being he would not have propounded his theory of evolution. History tells us how mother nature functions. When we look at the wonders of the world like the pyramids of Egypt or the Taj Mahal, are we not filled with romanticism and a wonderment about how such magnificence came into being, that too in an era when modern means of construction were not available?

Not only does History have practical value, it also enlightens the mind about the ways things happened and is worth pursuing for the sheer joy of it. I conclude by saying that it is extremely churlish to dismiss any subject as useless, especially a subject like History that invokes wonderment and joy in the heart and is also a wealth of information.

2 Thoughts to “History: The Much Condemned Subject”